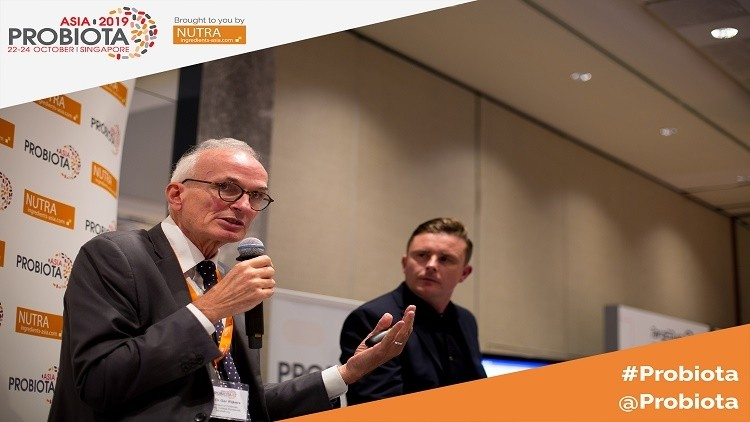 A growing number of clinical studies focusing on probiotics is seen in Asia, with China and Iran seeing exponential increase in recent years, according to an International Probiotics Association-backed review.

This point was highlighted by Professor Ger Rijkers, from University College Roosevelt, who was speaking at the opening of our Probiota Asia summit in Singapore.

He was speaking on the topic “Tomorrow never knows: A critical analysis of probiotics research and applications” hosted by NutraIngredients-Asia’s editor-in-chief Gary Scattergood.

He said that a search on PubMed showed that China was conducting the highest number of studies on probiotics within APAC, with 2,133 search results found, followed by India at 1,005, Japan at 970, and Iran at 630.

“In Asia, Iran and China started the research in probiotics more recently, and the number of studies is growing exponentially,”he said.

He highlighted the emerging, and rising, focus on the benefits of probiotics beyond gut health, such as the link between probiotics and depression, irritable bowel, obesity, and cancer.

Registering the study before it starts is an important step as it clearly lays out the parameters that they intend to find. In this case, they are not tempted to formulate the primary outcome of the study based on what they have found, instead of what they have intended to find, added Prof Rijkers.

With a burgeoning amount of research examining the benefits of probiotics beyond gut health, Rijkers said that an area “worthy of more research”​was in the space of gut-brain axis.

He explained that the ageing population, a longer lifespan, and the rise of neurodegenerative diseases such as Alzheimer’s were the key reasons.

“What certainly needed more research is in the field of the gut-brain axis. I think it is important because neurodegenerative diseases are associated with increased lifespan, and there’s Alzheimer’s and dementia.” ​

Asked the quality of research and studies done on probiotics, Rijkers said that one of the most important thing was that the study reaped

“When we talk about the quality of the study, number one, is whether the data generated can be published in a peer-reviewed scientific journal? …

And also, does your studies have results?”

From a random sample of 100 studies registered in clinicaltrials.gov and also found in PubMed, it was found that the number of probiotic studies that reaped results was not significantly different from the other studies, with about 30% to 40% of the studies reaping results.

Another point that was brought up at the session, was the link between the efficacy of probiotics and its geographic origins.