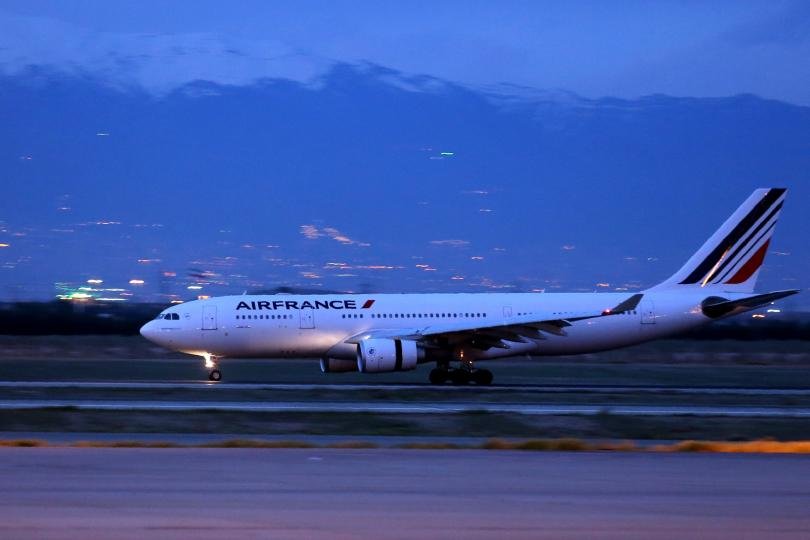 The number of French tourists to Iran will be increased by resuming of Air France flights to the country, Air France Chairman Frederic Gagey announced during a press conference at Tehran’s Espinas Hotel on Sunday.

The first flight from Paris to Tehran since 2008 landed in Iran on Sunday. It carried French Transport Minister Alain Vidalies and a business delegation.

“It’s a tourist destination which I believe is going to become very popular, very attractive,” Gagey said, adding that he hoped Paris would serve as a hub for tourists from the U.S. or other places that were traveling to Iran.

“We have solved the problem of headscarf rule for female crew as well. This is not the problem with all members of our crew,” he explained.

At a welcoming ceremony Vidalies said he was “proud of the resumption of these direct flights” and said being “able to move between Paris and Tehran was crucial… for entering into partnerships.” Iran’s deputy transport minister, Ali Abedzadeh, said he was happy to see the Air France service resume, AFP reported.

The resumption of the service caused controversy in France after unions said the airline sent an internal memo saying female cabin crew would have to wear loose fittings and headscarf when they leave the plane.

Air France said female crew members who objected to the rule would be able to opt out of working those flights.

“It is really an honor for Air France crew to have cooperation with Iranians and come to the country,” he added.

Gagey said that they surprised by the Iranian hospitality during their first flight to the country.

“Iran is an exceptional tourism destination and we will encourage French people for traveling to this country,” he concluded.

Air France flights will take off three times per week from Paris to Tehran.

Sanctions have been slowly lifted following passage of the deal last July, and the two nations have begun rebuilding their trade relationship.

A visit from Iranian President Hassan Rouhani in January led to the purchase of 118 aircraft from Airbus for approximately $25 billion.