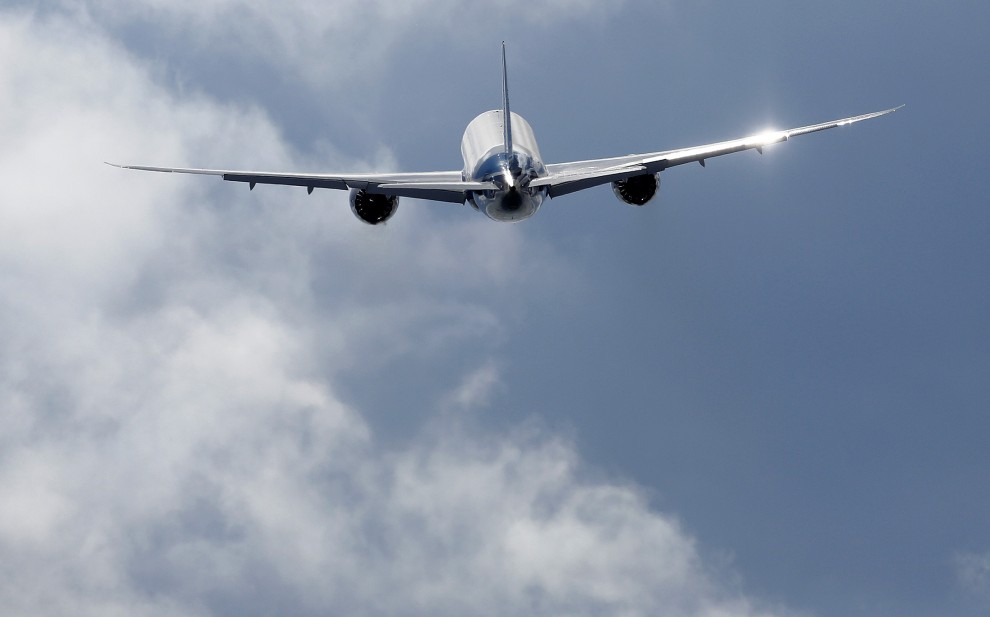 Boeing Co. is finally open for business in Iran.The U.S. government cleared the manufacturer to begin talking with approved Iranian carriers about their fleet needs, a first step toward entering the country’s resurgent aircraft market, Boeing said Friday. The planemaker will still need a separate license to complete any commercial jetliner sales.Europe’s Airbus Group SE, which faced fewer restrictions, grabbed an early lead with a $27 billion order announced on the day nuclear sanctions were eased last month. While European aerospace rivals began scoping out potential sales last year, Boeing wasn’t allowed to veer beyond safety-related items such as the aircraft maintenance manuals it sold to Iran Air Tours.Boeing had been a notable no-show as the country’s aviation market re-opened, skipping a January aviation gathering in Tehran and causing Iran Air Chairman Farhad Parvaresh to suggest that the company was “lagging behind a bit.” The planemaker said it was following a licensing process outlined by the U.S. government.“We understand that the situation in the region is complicated and ever changing and we will continue to follow the U.S. government’s guidance,” Boeing said in an e-mailed statement Friday.Boeing shares fell 2 percent to $115.25 at 12:45 p.m. in New York, the worst performance among the 30 members of the Dow Jones Industrial Average. The stock had dropped 19 percent this year through Thursday.Boeing faces risks and uncertain rewards as it vies with Airbus and others to replace Iran’s museum-vintage fleet. There’s the prospect of political backlash, given the Iranian leaders’ penchant for anti-U.S. and anti-Israeli rhetoric. Boeing also may need to leave wiggle room to back out of any deals for potential orders if the next U.S. president decides to reinstate sanctions.‘Very Controversial’“Selling to Iran is a lot different than selling to Dubai,” says Loren Thompson, aerospace analyst at the Lexington Institute. “They may be in the same part of the world, but the leaders in Tehran are very controversial in Washington.”The potential demand left untapped after Airbus’s 118-plane bonanza isn’t clear. While Iranian leaders have spoken of a need for hundreds of jets, aviation consultant Ascend Worldwide sees an “initial replacement opportunity equivalent” to the 160 aircraft currently in service in Iran, said Rob Morris, head of the consultancy.“Assuming that the thaw does indeed continue, the potential opportunity may be significantly greater than this though,” Morris said in an e-mail.One measure of the potential is Turkey, Iran’s similar-size neighbor with a vastly more developed tourism industry, he said. Turkey has 450 commercial jets in service and more than 320 more planes on firm order. Over a decade, that fleet may grow to about 650 planes, Morris said.78 Million ConsumersWestern manufacturers still don’t have unfettered access to Iran’s 78 million consumers. Rather, companies like Boeing are cleared to do business in Iran by an office of the U.S. Treasury Department that enforces economic and trade sanctions. Europe’s Airbus, Montreal-based Bombardier Inc. and Brazilian planemaker Embraer SA are also required to gain permission if American companies provide more than 10 percent of their aircraft components.As part of the sanctions lifted Jan. 16, the Treasury’s Office of Foreign Assets Control established procedures to allow the sale of wide-body, narrow-body, regional and commuter planes, along with related parts, for passenger travel. Many other transactions are still banned, including selling cargo planes, state aircraft, drones, and military planes.Boeing and its rivals could also lose their licenses if a middle man or counter-party turns out to have unsavory ties or is blacklisted by the U.S. government.“This is not a free-for-all,” said Adam Smith, a former senior sanctions official for the Obama administration who is now of counsel to Gibson Dunn & Crutcher in Washington. “It is a very controlled situation.”GE ApplicationThe stringent requirements aren’t limited to airframe manufacturers. General Electric Co., the world’s largest maker of jet engines, has also applied to do business in Iran, said Rick Kennedy, a spokesman for the company’s aviation unit. The license would cover new-equipment sales as well as maintenance and repair work, where engine manufacturers make most of their money.GE’s application was submitted in preparation for opportunities arising as the airframers open talks, Kennedy said. GE Aviation, through its CFM International joint venture with France’s Safran SA, makes engines powering many aircraft including Boeing’s 737 and models in Airbus’s A320 family.Despite Airbus’s head start, there is still opportunity for Boeing to nab sales of its wide-body 777-300ER jets, Ascend’s Morris said. And uncertain financing prospects for Iran’s carriers combined with deliveries spread out a decade or more have some skeptical that all of the sales in the Airbus pact will mate