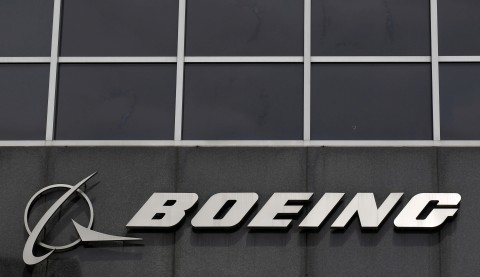 Deal would be largest since easing of economic sanctions in October.

Iran is set to unveil terms of a multibillion-dollar deal to purchase about 100 commercial passenger planes from Boeing in what would be the biggest sale of U.S. goods to Iran since the easing of economic sanctions last October, a person familiar with the deal said.

Although financing arrangements are not complete, the historic agreement is likely to cover deliveries and services over nearly a decade at a cost of more than $17 billion.

Word of an agreement emerged first from Iran’s state news agency, which reported that Iran’s minister of roads and urban planning, Abbas Ahmad Akhundi, told reporters that the purchase would be similar in scope to a $27 billion accord to buy 118 planes from France-based Airbus Group. He said the government would provide details “within upcoming days.”

A Boeing executive said in an email reviewed by The Washington Post that a deal would be finalized “shortly” and a formal announcement was “likely tomorrow,” meaning Wednesday.

Boeing still needs approval and a license from the Treasury Department. But the sale would not have been possible before the easing of sanctions that took place under what is known as the Joint Comprehensive Plan of Action (JCPOA), adopted after an accord limiting Iran’s nuclear program.

“This would be the first time a U.S. aviation company was having a discussion with Iranian purchasers of civilian airliners since the early ’70s,” said Richard Nephew, a sanctions expert who was on the State Department team negotiating with Iran and who now works at Columbia University’s Center on Global Energy Policy. “Based on my experiences in negotiations, the Iranians were clear that they liked Boeings and liked Airbuses and wanted a bit of both.”

Financing negotiations are expected to continue over conventional terms as well as unusual political risks and disputes, including possible Iranian violations of the nuclear accord or a “snapback” of sanctions by the United States and its allies. The anti-American rhetoric common in Tehran and election-year politics in the United States make this a sensitive time for this type of business deal.

Neither Boeing, which held an early round of talks with Iranian airline officials during a visit to Iran in April, nor the Obama administration would confirm the specifics. People familiar with the terms spoke on the condition of anonymity because the deal has not been formally announced.

“We have been engaged in discussions with Iranian airlines approved by the [U.S. government] about potential purchases of Boeing commercial passenger airplanes and services,” the company said in an email. “We do not discuss details of ongoing conversations we are having with customers, and our standard practice is to let customers announce any agreements that are reached.”

A White House official said that “we are not going to stand in the way of permissible business under the JCPOA, and we will continue to meet our commitments, as long as Iran continues to meet their nuclear-related commitments.”

Akhundi said that Iran hoped to become a major hub in the Middle East, adding that Iran’s fleet of passenger jets should include 400 mid-range and 100 short-range planes, requiring an investment of about $50 billion, according to the Mehr News Agency, an Iranian organization.

In the months since striking the nuclear deal, Iran has had trouble sealing deals with international companies, which have been wary of political instability, tensions over Syria, and tough commercial terms offered by prospective Iranian partners.

Iran has complained that the U.S. government is slowing down trade agreements.

“The U.S. has effectively removed sanctions only on paper, and the European companies would fear any opening of trade with Iran lest the U.S. would punish them in the name of violating sanctions,” Iran’s foreign minister, Mohammad Javad Zarif, said at a news conference in Oslo on Tuesday. He said that “the Iranian people await to see the impacts of removal of sanctions in practice.”