Home » Can oil bridge ties between Iran and the West? 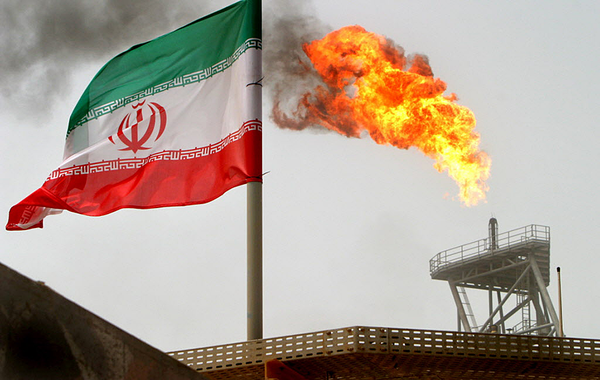 Iran’s oil ministry announced it will accept applications from foreign oil companies roughly a week after the US Treasury Department lifted more sanctions against Tehran.

Iran has once again reminded the world it is open for business.

The country’s oil ministry will accept applications from foreign companies starting Monday for the exploration and production of its oil and gas fields, some of the largest in the world. The announcement, which comes less than a year after the United Nations lifted its nuclear-related sanctions on the country, is part of its ambitions to attract more than $150 billion in investments to increase its oil production by 1 million barrels to start the next decade.

The report published Sunday on SHANA, the ministry’s news agency, is Tehran’s attempt to revive the industry, which, like much of its economy, hasn’t experienced the resurgence it expected following the end of some international sanctions under the nuclear deal. Even though Iran’s economy is more diversified than those of other oil-producing Middle Eastern countries, its oil and gas industry is a litmus test for the country’s ability to improve ties with the West in lieu of its present dependence on China.

“China has done enough investment in Iran,” Mansour Moazami, chair of the Industrial Development and Renovation Organization of Iran, and the former deputy oil minister, told Bloomberg. “We will produce opportunities and chances for others.”

The state-run National Iranian Oil Company (NIOC) has invited “qualified and reputable” oil companies to apply for upstream oil and gas projects, the announcement reads on the SHANA website. The ministry did not state how many projects would be involved.

Iran previously said that priority for exploration and production for foreign companies would be given to bordering countries with which it shares oilfields. Iran has 28 joint offshore and onshore gas and oilfields with countries that include Iraq, Kuwait, Saudi Arabia (Iran’s bitter rival), Qatar, the United Arab Emirates, Pakistan, Afghanistan, and Turkmenistan, according to a map published in February by the an oil and gas market researcher Drillinginfo.

Iran’s petroleum history dates back to the 1908, with the first discovery of crude oil in the southwest part of the country. Today, Iran is the third largest OPEC producer, and boasts of the fourth-largest oil reserves in the world, and second-largest gas reserves. Oil production accounts for 23 percent of Iranian wealth.

Its current arrangement with foreign investors started following the 1979 Revolution. The National Iranian Oil Company started to offer buyback contracts to foreign oil companies, noted Drillinginfo. To develop an oil or gas field, a foreign company must invest its own capital and expertise. Tehran will pay back the company from revenue from sales.

The latest iteration of this system attracted billions of dollars in foreign investments in the 1990s and early 2000s. But investments dried up when the US and European Union slapped heavy sanctions on Iran staring in 2011. This opened up opportunities for China.

While China wants to expand this, Iranian President Hassan Rouhani wants to rebuild investment ties with other parts of the world.

But the influx in money many Iranians have awaited following the end of sanctions under the nuclear deal has been slow. The economy hasn’t received a boost, writes the Harvard Business Review. And many big banks that left the country have not returned.

Some Iranian officials blame the US. They argue that while the US and world powers lifted many international sanctions on Iran under the nuclear deal, other US sanctions continue to curb Iranian business prospects, according to The Wall Street Journal.

Although Republicans and some Democrats have fought the Obama administration’s efforts to ease its stance on Iran, the US Treasury Department announced Oct. 8 the easing of some sanctions. The Treasury said Iran can now gain access to dollars through non-US banks and institutions, although it is still not allowed to have direct contact with the US financial system. US-sanctioned Iranian entities can also be part of projects as long as they aren’t the controlling shareholder.

The Iranian announcement about foreign oil investment comes just over a week after the Treasury’s easing of sanctions, which is expected to attract foreign investment, according to The Wall Street Journal.

Source: Can oil bridge ties between Iran and the West? – CSMonitor.com