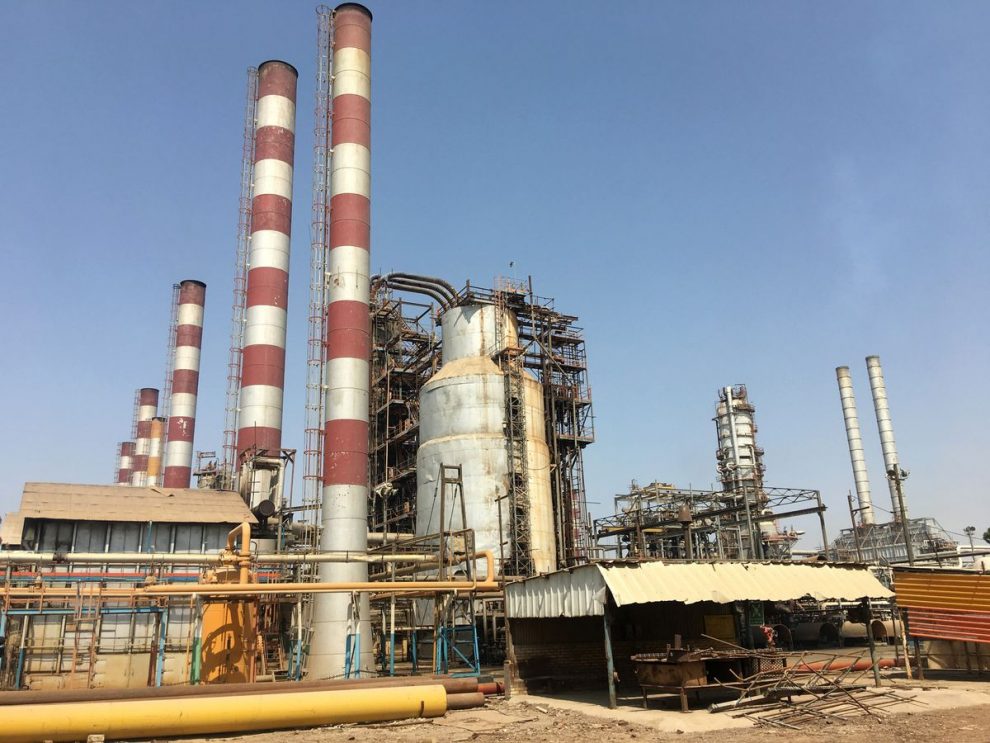 The aim is to turn the war-scarred plant into a producer of quality fuel so Iran doesn’t have to rely on imports.

At the Middle East’s oldest oil refinery, giant, yellow-brick silos that stored Iranian crude and fuel products are mottled by bullet marks from the war with Iraq in the 1980s. One has a large puncture from a tank shell.

The conflict is now economic, but this area of southwest Iran near the Persian Gulf is strategically important again. U.S. President Donald Trump’s talk of jettisoning the nuclear deal that was supposed to plug the Islamic Republic back into the global marketplace has given fresh urgency to plans to transform a region as rich in petroleum reserves as it is in battle scars.

With the help of China, the aim is turn the century-old Abadan refinery from a millstone costing the government up to $700 million a year into a cash cow that can meet Iran’s domestic demand for better quality fuel rather than relying on imports.
“With Trump’s stance, the Iranian government has to put together its resources and define a national, macro-energy policy and this is being felt now more than ever,” said Mahmoud Khaghani, former head of Caspian oil and gas affairs at Iran’s Oil Ministry. “The investment is very crucial for Abadan and more generally it’s very important for Iran’s economy.”

China’s Sinopec signed a $2.7 billion deal with the National Iranian Oil Co. in January to build units producing high-grade gasoline. Japan’s Marubeni Energy and JGC Corp. are in advanced talks over a separate deal to get involved, said Esfandyar Daemolzekr, head of the refinery. Omani, Qatari and Turkish companies are also discussing with local officials other investments in oil and gas projects.

“This is the biggest foreign investment to start after the sanctions were removed,” Daemolzekr said. “The entire refinery will be renewed within the next four to five years.”

On an organized visit for reporters in September, shipping containers lined an area at Abadan where a maze of pipes has been uprooted and cleared to make space for the Chinese engineers to lay the groundwork.

Iran imports an average 10 million liters of gasoline a day to meet demand and wants to dramatically cut the unrefined, low-quality products that Abadan has been churning-out for decades. It’s a trend mirrored by Gulf countries, including rival Saudi Arabia, where being long on crude and short on refined products have hampered profit margins.

“Iran is following the lead of other regional players by trying to extract as much value from their hydrocarbon resources as possible,” said John Stewart, principal analyst at energy consultants Wood Mackenzie. “It’s the quality of the fuels produced that will be the noticeable difference.”