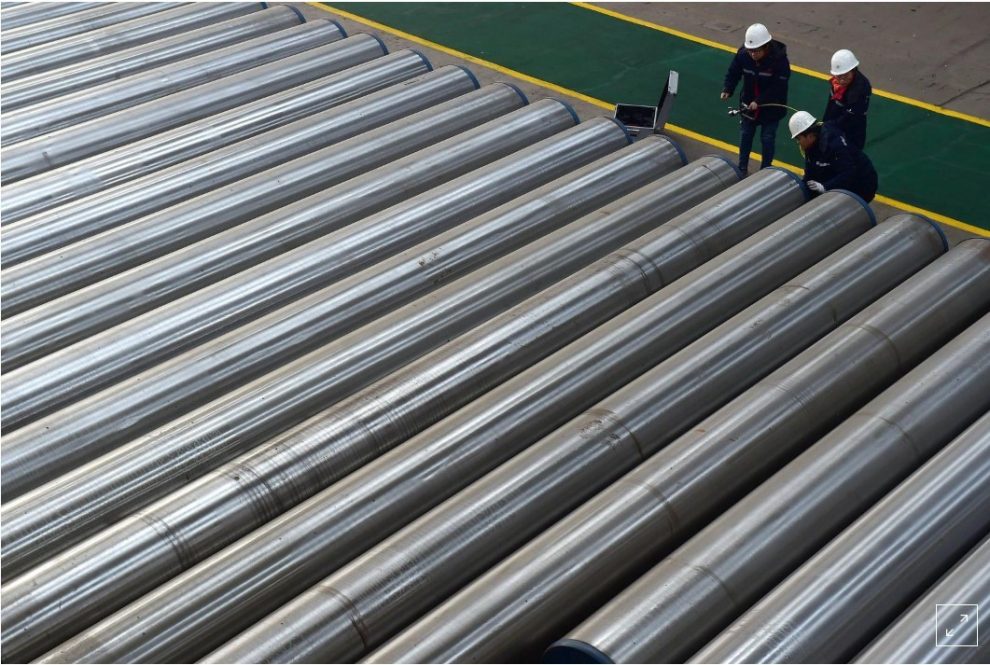 BEIJING (Reuters) – China’s imports of semi-finished steel surged in September as a crackdown on scrap shipments saw Chinese buyers scoop up alternative forms of the metal from other Asian countries at favorable prices.

“We will have more billets from Iran in the near future,” the Jiangsu-based trader said.

The world’s biggest steel producer and consumer last month took in 370,000 tonnes of steel semis from overseas, according to data released by the General Administration of Customs on Wednesday.

That was up 418% year-on-year and marked the highest monthly total in records on the customs website going back to June 2014. It was also up from 260,000 tonnes in August.

“The rising imports came after China tightened restrictions on steel scrap imports,” said Zhuo Guiqiu, an analyst with Jinrui Futures, noting that some countries in East and Southeast Asia had to process steel scrap into semi-finished products to keep selling into China.

China tightened restrictions on scrap metal imports from July 1, as part of a sweeping campaign against “foreign garbage”.

“The imports were also fueled by widening price variance,” said Zhuo. “China’s billet price is about $50 higher per tonne than in Southeast Asia and $70 than West Asia.”

“The global economy is cooling and steel demand is stagnating, except in China,” said Tang Binghua, an analyst from Founder CIFCO Futures.

Two traders from Jiangsu and Fujian provinces said they were planning to expand imports of finished or semi-finished steel products because of favorable prices overseas.