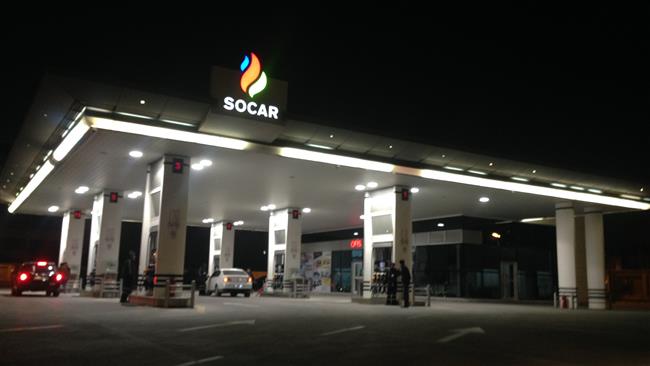 An Iranian deputy oil minister says the Islamic Republic and the Republic of Azerbaijan have reached an agreement according to which Iran will swap Azeri oil through its soil.Roknoddin Javadi, who is also managing director of the National Iranian Oil Company (NIOC), was quoted by Iranian Oil Ministry’s official SHANA news agency as saying on Saturday that during a recent visit by Azeri President Ilham Aliyev to Iran, the two countries agreed to the swap of Azerbaijan’s crude oil through Iranian soil.“The National Iranian Oil Company has put swapping Azerbaijan’s oil on its agenda,” Javadi said, addingthat a memorandum of understanding has been signed between the NIOC and Azerbaijan’s national oil company, SOCAR, according to which the two sides have worked out a mechanism to swap Azerbaijan’s oil through the Iranian soil.The NIOC’s managing director stated that the two countries have also agreed to boost bilateral cooperation in the Caspian Sea. “Azerbaijan is willing to take advantage of Iran’s research capacities in oil and gas sectors and the NIOC will cooperate with the Azeri side in this regard,” he noted.

Azerbaijan’s President Aliyev paid an official visit to Iran last Tuesday during which the two countries signed 11 agreements and memoranda of understanding to improve and speed up cooperation in different fields.

The deals were signed by senior officials of Iran and Azerbaijan in the presence of the two countries’ presidents.

According to the agreements, Tehran and Baku will strengthen cooperation in various sectors including customs, animal husbandry, railway transportation, electricity, health and medical sciences, labor, women and social affairs as well as oil and gas.

During the Azeri president’s visit, Chief Executive of SOCAR Rovnag Abdullayev and Managing Director of the National Iranian Oil Company signed a memorandum of understanding for the expansion of cooperation between the two companies.

SOCAR also signed a memorandum of understanding with Ghadir Investment Company in the fields of oil, gas and petrochemical products.

Later on, officials of Azerbaijan’s SOCAR said the company is looking to revive trade with Iran as the two neighbors are strengthening relations after the lifting of sanctions on the Islamic Republic.

“We have been actively trading with NIOC in the Caspian Sea region, until international sanctions forced us to discontinue such deliveries. There is a great potential to explore,” CEO of SOCAR Trading Araz Azimov said.