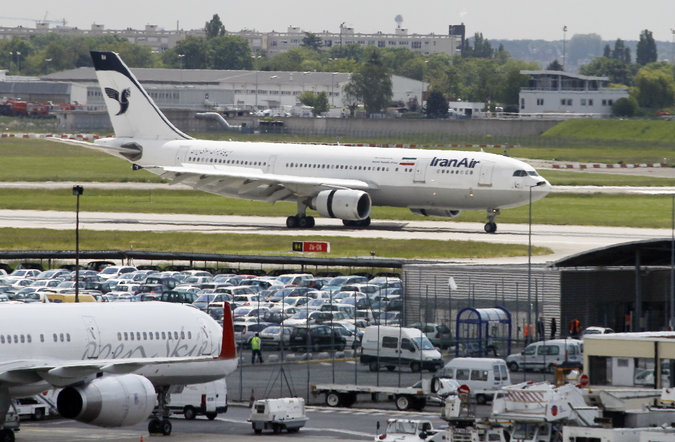 Europe sharply curtailed access to its airspace for Iran’s aging airline fleet five years ago because of airworthiness concerns.

BRUSSELS — Almost six years ago, the European Union sharply curtailed access to its airspace for Iran’s aging airline fleet. But officials in Brussels say they are now prepared to loosen some of those restrictions as the easing of Western sanctions gradually allows new planes and spare parts to enter Iran after decades of isolation.

The overture follows the nuclear accord reached with the United States and other world powers in January, and it will be presented during a visit to Tehran this weekend by a delegation from the European Commission, the bloc’s executive branch, officials said. It forms part of a broader European effort to revive economic ties between Iran and the 28-member bloc, which was once one of Iran’s largest trading partners.

Iranian state news media confirmed a visit this week by representatives of Boeing to discuss a possible sale of 737, 787 and 777 aircraft, the first such mission by the American plane maker in decades. The United States company’s European rival Airbus reached an agreement with Iran in January over the purchase of $27 billion in new jets.

The European Union banned most planes operated by Iran’s state-owned flag carrier, Iran Air, from its skies in 2010 because of concerns over their airworthiness. With an average age of more than 26 years, the airline’s fleet is one of the world’s oldest, and European and American trade restrictions had prohibited the sale of the spare parts needed to keep the planes properly maintained.

In an interview before this weekend’s visit, Violeta Bulc, the European Union’s transport commissioner, said that easing flight restrictions on Iran Air was a “key priority” for Brussels, which is also keen to expand European airlines’ access to Iran’s $400 billion economy.

Ms. Bulc expressed cautious optimism that European Union inspections of the airline’s maintenance operations, scheduled to begin next month, would pave the way to increase air transport links between Iran and Europe, which she argued would have economic and diplomatic benefits.

Despite the restrictions, Iran Air has continued to serve about a dozen European cities with 12 planes — all older Airbus A300 and A310 models — that have passed the bloc’s safety inspections. Another Iranian carrier, Mahan Air, which is privately owned, recently upgraded its fleet to newer Airbus models and flies without safety limitations to several European cities, including direct flights to Athens, Milan and Munich from Tehran.

But those air links remain relatively infrequent, and the high cost of operating such an antiquated fleet leaves Iranian airlines at a competitive disadvantage to European rivals like Lufthansa, Air France and British Airways, which have recently resumed or plan to resume direct flights to Tehran.

Iran and the United States broke off diplomatic relations decades ago, and Iran has been seeking a reciprocal resumption of flights with the United States for years. That possibility has been renewed because of the easing of Western sanctions.

Ms. Bulc cited air transport as a “key enabler” of economic growth and credited air services agreements that the European Union has concluded in recent years with several countries in the western Balkans, the Middle East and North Africa with significantly bolstering air traffic between those regions and Europe.

The possible loosening of European airspace restrictions on Iran comes at a delicate time, however. The United States has charged that planes owned by Iran Air and Mahan Air have been used by the Islamic Revolutionary Guards Corps of Iran to ferry weapons and fighters to Syria in support of the government of President Bashar al-Assad, in violation of a United Nations arms embargo.

Ms. Bulc acknowledged the United States’ concerns but declined to comment further before the commission’s visit.

“I do not at all expect any easy steps to be taken,” she said of the negotiations, emphasizing that Europe’s dealings with Iran on aviation issues had always been focused on safety, rather than on political concerns.