Home » Europe refusal to join Us operation regarding Gulf security 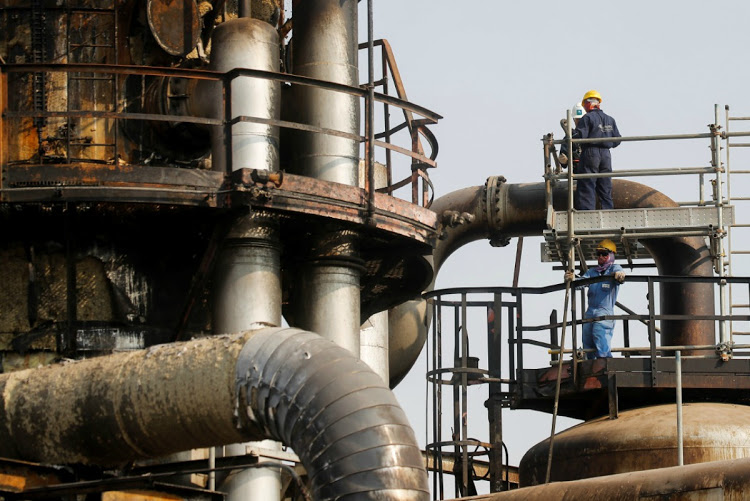 The co-ordinated September attacks on Saudi Arabia’s oil-rich Eastern Province were unprecedented in scale, halving the kingdom’s oil production, which represents 5% of the world’s oil supply.

Tehran has been blamed for these assaults, as well as sabotage attacks on tankers that they have denied, but admitted shooting down a US spy drone in June, and seized a British-flagged vessel. As the FT’s Andrew England put it: “these attacks were an audacious assault that spectacularly breached the defences of one of the world’s top three buyers of arms and the US’s most important Arab ally”.

Over the past few decades relations between US and Iran can best be described as oscillating between dialogue and rising tensions, with the latter including various levels of sanctions to some unpalatable armed actions.

The recent history of US-Iran relations can be traced to the move US president Barack Obama made in 2013 during Iran President Hassan Rouhani’s first visit as president to the UN General Assembly. Obama reached out to Rouhani in a telephone call leading, after two years of tough diplomacy, to the 2015 nuclear deal between Iran and the world’s six major powers. Formally known as the Joint Comprehensive Plan of Action (JCPOA), it was lauded as the world’s most significant non-proliferation agreement in more than a quarter-of-a-century, notwithstanding the acknowledged shortcomings.

Fast forward five years since Obama’s call, and Trump withdrew the US from the JCPOA in May 2018.

US foreign policy under Trump, and especially about Iran, has puzzled many. He also seems to oscillate between diplomacy and interventions.

As an example of the diplomatic thread, in 2016, Trump indicated through French President Emmanuel Macron his wish for greater diplomacy — on the very day that Trump attacked Iran at the General Assembly. He called Iran a corrupt dictatorship whose leaders had turned it “into an economically depleted rogue state” that exports violence. Insulted, Rouhani declined the invitation to meet privately.

The Iranian view, sensing that Trump was playing the same playbook seen in the North Korean talks, was best represented by Iran’s minister of foreign affairs, Mohamed Zafir: “We don’t just do a talk for a photo opportunity and a two-page document … We have a hundred-and-fifty-page document,” a reference to the detailed nuclear accord that Trump abandoned.

In media interviews Zarif has indicated he has floated the following ideas:

At the G7 meeting earlier this year, Trump indicated he was willing to meet Rouhani, as Macron floated an initiative through which Iran could receive a $15bn credit line to offset some of the losses caused by US sanctions on the republic’s oil exports. The firing of John Bolton, the president’s hawkish national security adviser, fuelled speculation of a potential breakthrough.

In the lead-up to the September 2019 UN General Assembly, Macron proposed a four-point plan that covered Trump’s demand for an expansion of the central terms and issues in the JCPOA. It included:

Trump’s Republican allies have been pushing for him to call on Tehran to accept the 123 Agreement, which was outlined in legislation passed in 1954. It imposes nine safeguards on the use of nuclear material — to ensure that it is not diverted to make a bomb — in exchange for US co-operation on nuclear technology. The US has such an agreement with 49 countries, including SA.

As far as the Europeans are concerned, Britain, France, and Germany have repeatedly recommitted to the original nuclear deal. In June, they launched a financial mechanism, Instex, to help companies circumvent US sanctions if they did business with Iran.

So much for the diplomatic track; what of the path of interventions?

As tensions have heightened in the Persian Gulf, long-standing allies have blamed the US administration’s “maximum pressure” campaign in the past fifteen months for provoking an aggressive Iranian response. For example, the Europeans either resisted or refused to join Operation Sentinel, a US plan to secure tanker traffic and maritime security in the Gulf, and instead opted to make their own arrangements.

In 2019 alone, the Trump Administration imposed at least 16 new rounds of sanctions on Iran, beyond those reimposed last year. These include some against the Supreme Leader, Ayatollah Ali Khamenei, his staff and the Revolutionary Guard Corps, and Zarif. According to Robin Wright “The US has also at least twice launched secret cyberattacks against Iran.”

In April, Washington vowed to sanction five nations that remain major importers of Iranian oil if they didn’t cease all purchases.

Elizabeth Rosenberg, a US sanctions specialist, says sanctions are “a sideshow to a threat of military escalation and all-out conflict”. They fuel a narrative focused on Iran rather than the US — and the fact that Trump blinked when he called off a retaliatory military strike after the Iranians admitted to having downed the US drone.

“Trump is trapped by his own incoherent Iran policy,” argued John Cassidy in June’s The New Yorker. He questions the view that Trump has a long-term view. “For more than two years now, his administration has been building up the pressure on Iran by withdrawing from the nuclear deal, employing aggressive rhetoric, and imposing ever-tighter economic sanctions. To many observers in the Middle East and elsewhere, it appears that the administration’s real goal is a regime change in Tehran, even though Trump has recently denied that.”

It’s moments like this that require the greatest levels of patient diplomacy instead of ongoing interventions.