Home » Fast Progression of Iran Air Force’s despite US sanctions 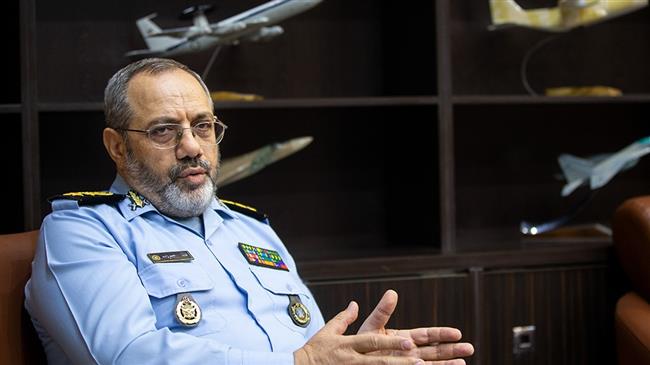 “In the aviation industry, we have begun to make great strides in developing the aviation technology,” Brigadier General Nasirzadeh said on Tuesday.

“The manufacturing of the Kowsar fighter jet and the Yasin jet trainer is an example of these developments,” he added.

“We will definitely witness greater successes in the future because… there is no longer any obstacle to our advancement in the field of aviation technology and this onward trend will continue,” the commander said.

“Enemies should be aware that the cruel sanctions will not hinder our progress, but will actually accelerate our progress,” he went on to say.

Earlier this month, Iran unveiled a state-of-the-art combat jet trainer dubbed “Yasin” that has been completely designed and manufactured by domestic military experts.

Yasin jet trainer is 12 meters long and four meters high and weighs five and a half tons.

The aircraft’s ejection seat is capable of working at zero speed and under any circumstances, propelling the pilots out of the fighter jet in a fraction of a second to a height of up to 100 meters.

Iranian military experts and technicians have in recent years made great headways in manufacturing a broad range of indigenous equipment, making the armed forces self-sufficient in the arms sphere.

Iranian officials have repeatedly underscored that the country will not hesitate to strengthen its military capabilities, including its missile power, which are entirely meant for defense, and that Iran’s defense capabilities will be never subject to negotiations.

Back in February 2018, Leader of the Islamic Revolution Ayatollah Sayyed Ali Khamenei called for efforts to maintain and boost Iran’s defense capabilities, hitting back at the enemies for disputing the country’s missile program.

“Without a moment of hesitation, the country must move to acquire whatever is necessary for defense, even if the whole world is opposed to it,” Ayatollah Khamenei said at the time.