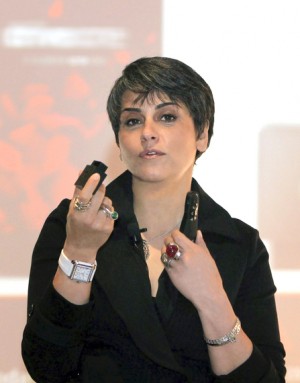 With the goal of harnessing the untapped potential of Iranian-Americans, and to build the capacity of the Iranian diaspora in effecting positive change in the U.S. and around the world, the West Asia Council has launched a series of interviews that explore the personal and professional backgrounds of prominent Iranian-Americans who have made seminal contributions to their fields of endeavour. We examine lives and journeys that have led to significant achievements in the worlds of science, technology, finance, medicine, law, the arts and numerous other endeavors. Our latest interviewee is Fay Arjomandi.Fay Arjomandi joined NantWorks in August 2014. She is an entrepreneur and currently serves as the CEO of NantMobile, a leader at the intersection of mobile technology and digital health. She creates platforms and solutions to empower patients and their families to adopt more active lifestyles and become more knowledgeable about and involved in day-to-day disease management.Prior to joining NantWorks, Fay was the CEO of Vodafone xone where she brought an extensive wealth of expertise as an entrepreneur to Vodafone’s quest for innovation. Fay successfully launched Vodafone xone in Silicon Valley in September 2011 and established a global incubation center for Vodafone Group and the beta brand for Vodafone consumer in the UK, Italy, Spain, Germany and Egypt. Prior to Vodafone, Fay was the co-founder and CEO of three start-up companies: L3 Technology, Mobidia, and Disternet (now mimik).In 2006, she received the distinguished Business in Vancouver’s “Top 40 under 40” award presented to outstanding leaders in their chosen fields. In 2007 she was the Canadian technology and innovation representative to the White House. In 2013, she was named as one of the most influential women business leaders in Silicon Valley by San Francisco Business Week. For more details, please click (here).Where were you born and raised? Can you walk us through your background?I was born in Shiraz and graduated from Reza Shah High School. I was in grade six when the revolution happened, grade seven when the war between Iran and Iraq broke out, and left the country when I was 17, right after high school. I lived in a few countries before finally migrating to Canada where I enrolled in Concordia University in Montreal and completed my electrical engineering degree. I moved to Vancouver and worked for a company called MDSI and, after a year, started my first company called L3 Technology in 1998. I then founded Mobidia, which was recently acquired by Appannie and, finally, created Disternet, which is now rebranded as mimik. I joined Vodafone in 2011 and l’m currently the CEO of NantMobile.