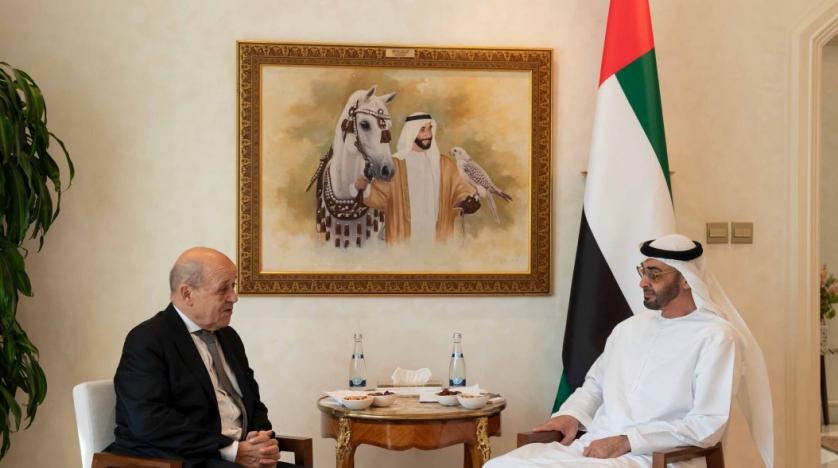 Talks at the Sea Palace in Abu Dhabi, focused on current strategic ties between their two countries and means of bolstering them across multiple sectors. Sheikh Mohamed bin Zayed and Le Drian also discussed regional and international developments of mutual interest.

Later on Monday, Le Drian called for “deep” talks with Iran in order to ease tensions in the Gulf.

The UAE and France call for de-escalation and prioritizing diplomacy over Iran, he told a lecture at the Sorbonne University Abu Dhabi.

He hoped these talks would not only tackle its nuclear program, but regional security.

He remarked that tensions in the region were not restricted to Iran, but other crises, particularity in Yemen. He hailed in this regard the UAE for kicking off the redeployment of its troops in the country, urging the revival of the peace process.