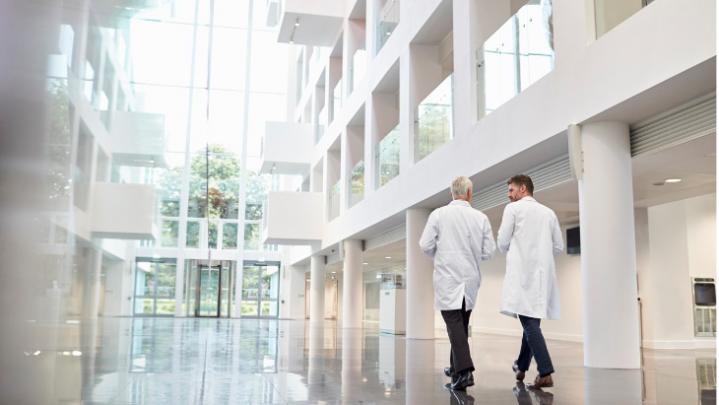 The first phase of an enormous healthcare city was officially inaugurated in the city of Isfahan, central Iran.

Isfahan Healthcare City is open in the first phase, it has orthopaedic, obstetrics and gynaecology clinics, as well as healthy restaurants. There are also wellness centres offering health improvement services including beauty treatment and traditional medicine.

The main goal of the project is to attract people from across the country as well as foreign tourists. Already a popular tourist destination, Isfahan is one of Iran’s major cultural and economic centres. Isfahan is an ancient city in the semi-desert region of central Iran, 340 kilometres south of Tehran. In terms of population, it is the country’s third largest city after Tehran and Mashhad.

The full project will cost $260 million. Ground was broken in 2012 and is projected to become fully operational within the next four years.

The first phase costs $108 million and phase two will cost $54 million. Phase two will be complete by March 2018 and include radiation centre, diagnostic and therapeutic services including PET scans, CT scans and MRI scans. A hospital with 400 beds is planned for the third phase that has a cost of $315 million. The final fourth phase will include a 12-storey four-star hotel at a cost of $44 million. The healthcare complex will also offer long-term care services for seniors and chronically ill patients.

Iran has the ambitious target to earn $2.5 billion in revenues through attracting one million health tourists a year. Isfahan and other Iranian cities seek to compete with Dubai by offering equal treatment at more affordable prices.

The state-run Tourism Holding Company has a medical tourism plan for 22 hospitals and 200 physicians, specialists, and surgeons.

The Ministry of Health registered 105,000 inbound patients over the past Iranian calendar year (March 2016-March 2017). The majority came from neighbouring countries including Iraq, Azerbaijan, Armenia and the Gulf states.