Home » How Iran and the U.S. can reduce Mideast tensions despite conflicts between them 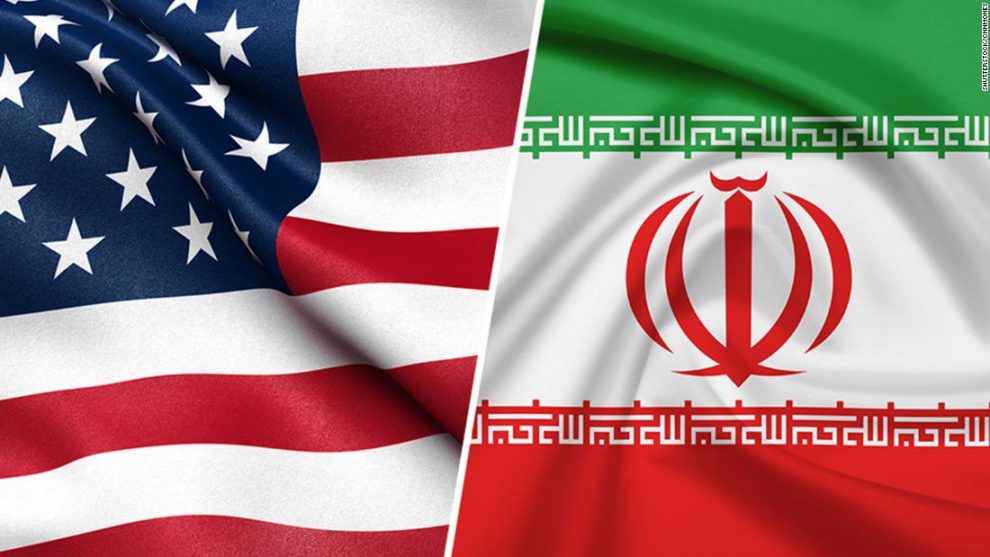 A lot of effort went in to trying to arrange a meeting between Iranian President Hassan Rouhani and President Trump last month when they were in New York to attend the U.N. General Assembly. President Emmanuel Macron of France, Prime Minister Boris Johnson of Britain, Chancellor Angela Merkel of Germany and Prime Minister Imran Khan of Pakistan all reportedly worked to facilitate a meeting between the Iranian and U.S. leaders. But it didn’t happen.

Why? The reality is that neither the United States nor Iran is serious about negotiations, despite the obvious advantages for both countries in reducing the tensions between them.

Trump wants to hold direct talks with Iran, but only while continuing to pursue a policy of maximum pressure and sanctions. That won’t fly with Iran. In Iran’s view, by pulling out of the nuclear deal, Trump left the negotiating table, and by sanctioning Iran’s supreme leader and foreign minister and designating the Revolutionary Guards as a terrorist organization, he killed any chance for negotiations.

U.S. policy of maximum pressure revolves around a that it will put enough economic pressure on Iran to to accept Trump’s maximalist demands. It has already been more than a year since the United States has pulled out the Joint Comprehensive Plan of Action, or JCPOA, regulating Iran’s nuclear activities, and the stated objectives of maximum pressure have been achieved. Trump’s policy and actions have led only to a political impasse.

Iran, for its part, is demanding concessions from the United States that the current administration is highly unlikely to agree to. Before any talks, Iran wants to reinstate the JCPOA and eliminate all sanctions that were reimposed after the nuclear deal. These are rational requests given that the JCPOA, the most comprehensive nonproliferation agreement in the history of nonproliferation, was ratified as U.N. Security Council Resolution 2231 and that Iran was in full compliance with the terms and conditions of the deal. However, since Trump has frequently called the nuclear agreement “the worst deal ever” and a “disaster,” accepting Iran’s precondition for talks is probably a non-starter — especially with his 2020 reelection campaign looming.

Iran too is entering an election season, with parliamentary and presidential elections in 2020 and 2021, respectively. And leaders there face similar pressures not to appear weak.

Another barrier to negotiations is the misperceptions each country has of the other. For its part, the U.S. seems to believe that Iran’s economy is in imminent danger of collapse as a result of the sanctions, and that this will force Iran to come to the table. Neither assumption is accurate.

In Iran, there is a pervasive belief that the West is in decline and that U.S. hegemony in the Middle East is over. This belief has gained credence as an array of Western intellectuals and leaders have acknowledged such a decline. Iranians note that the United States has failed in almost every conflict it initiated since the Second World War. But that doesn’t mean it isn’t still able to exert influence on the world order.

Given the impasse between Iran and the United States, the most immediate and realistic step toward reducing tensions in the Middle East would be to set aside the idea of negotiations between the two countries for now and instead focus on facilitating direct negotiations between Iran and Saudi Arabia to discuss, among other things, putting an end to the devastating war in Yemen.

An alternative to bilateral talks between Iran and Saudi Arabia would be for the U.N. secretary-general to take initiative and invite both countries, as well as member countries of the European Union and permanent members of the U.N. Security Council to hold a dialogue aimed at ending the bloodshed in Yemen.

In entering into such a dialogue, both Tehran and Riyadh would need to acknowledge several points: that neither side can have security at the expense of insecurity of other side, that neither side can be the hegemon of the region and that the best option is to de-escalate tensions and work toward regional cooperation based on mutual interest, respect for each other’s sovereignty and the inviolability of international borders.

Such talks would of courses benefit the Yemeni people, but they could also go a long way toward reducing tensions between Iran and Saudi Arabia. They might also reduce tension between Iran and the United States by resolving one of Trump’s major foreign policy problems with respect to the Middle East: the ongoing conflict in Yemen.

Source: Why Iran and the U.S. are at an impasse and how to reduce Mideast tensions in spite of that: LA Times

Applying more advanced centrifuges for enriching uranium in Iran
Saudi Arabia’s MBS: Global economy will be destroyed In case of war with Iran