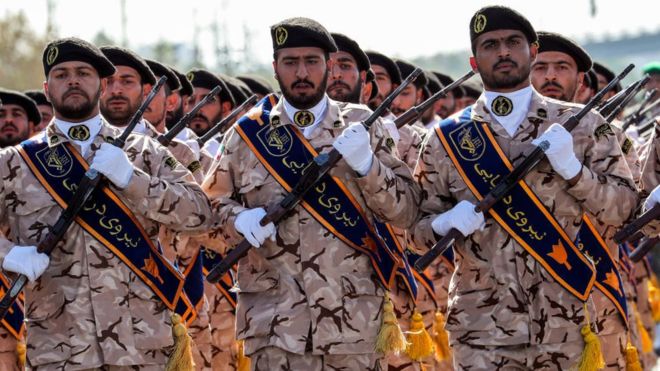 Iran is winning the strategic struggle for influence in the Middle East against its rival, Saudi Arabia, according to a study by the London-based International Institute for Strategic Studies (IISS).

Iran’s regional rivals have spent billions of dollars on Western weaponry, much of it from the UK.

Yet for a fraction of that cost, sanctions-bound Iran has been able to successfully embed itself across the region into a position of strategic advantage.

It has a major influence – verging on a controlling influence in some cases – over the affairs of Syria, Lebanon, Iraq and Yemen.

The fact that Iran has stealthily built up a network of non-state alliances right across the Middle East, often referred to as “proxy militias”, is nothing new.

Starting with Hezbollah in Lebanon, the Islamic Republic has been seeking to export its revolutionary ideology and expand its influence beyond its borders ever since the return of Ayatollah Ruhollah Khomeini to Tehran in 1979.

But the 217-page report by the IISS, entitled “Iran’s Networks of Influence in the Middle East”, provides unprecedented detail on the extent and reach of Iran’s operations in the region.

“The Islamic Republic of Iran,” says the report, “has tipped the balance of effective force in the Middle East in its favour.” It has achieved this, argue its authors, “by countering superior conventional forces with influence operations and use of third-party forces”.

The key ingredient here has been the Quds Force, the external operations wing of the Islamic Revolution Guard Corps (IRGC).

Since the US-led overthrow of Saddam Hussein’s regime in Iraq in 2003, the Quds Force has intensified its operations across the Middle East, providing training, funding and weapons to non-state actors allied to Tehran.

It has also developed unconventional forms of asymmetric warfare – such as swarm tactics, drone and cyber-attacks – that have allowed Iran to offset its enemies’ superiority in conventional weapons.

In April, US President Donald Trump designated the IRGC, including the Quds Force, a “foreign terrorist organisation” (FTO). It was the first time the US had named a part of another government as an FTO.

Iran reacted to Mr Trump’s decision by designating the US military in the Gulf region as a terrorist entity, a largely symbolic gesture.

Jack Straw, who was the UK’s foreign secretary from 2001 to 2006 and who has visited Iran several times, believes that Gen Soleimani’s role goes well beyond that of a military commander.

“Qasem Soleimani has basically been running their foreign policy in the region through alliances backed by force,” he says.

In response to the IISS report, a spokesman at the Iranian embassy in London told the BBC: “If the report means that Iran’s role in its region should be respected, it is a welcome sign.

“The policy of ignoring Iran did not work. Iran resisted. Iran has also successfully controlled damages of US economic terrorism. So yes, it is a powerful nation and has a lot of relations with other nations with a lot of initiatives for regional co-operation.”