Home » Iran, a destination for lovers of art and history 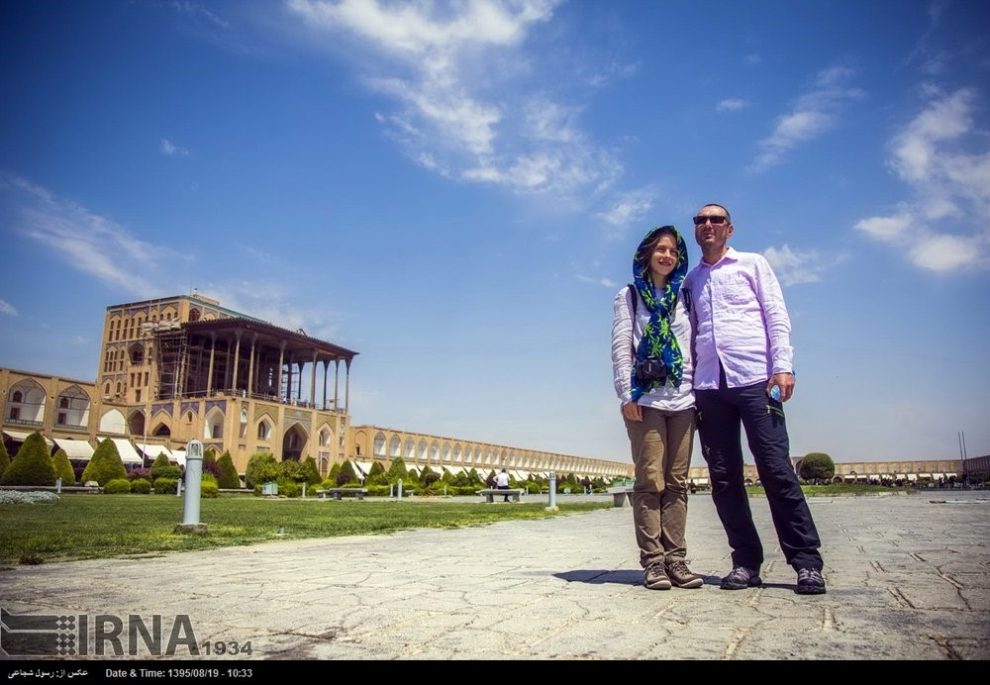 Iran is repeatedly named as a hot travel destination by a circle of international media outlets in terms of its rich history, picturesque sceneries, traditions, cuisine and hospitable people.

Such array of encouraging accounts help to amend the global image of the country, which had been partly tarnished by some Western media over the past decades.

The new approach derives more backpackers to feel the country so that they are able to judge between what they experience and what Western propaganda disseminates.

Iran has launched extensive plans to bolster its tourism sector. Under the 2025 Tourism Vision Plan, the country is expecting to increase the number of tourism arrivals from 4.8 million in 2014 to 20 million in 2025.

An excerpt of international travel articles on Iran is given in what fallows:

An original destination for lovers of culture, art and history

“Iran offers its visitors an original destination for lovers of skiing and sunbathing, on the beaches of the Persian Gulf and the Caspian Sea. It also attracts those in love with culture, art and history,” Le Figaro reported on Jan. 20, noting that the country is a widening source of charm for the French as both travelers and tour operators focus on its natural and cultural richness.

Last October, the Guardian has issued a public call, inviting tourists who have been either on a guided cultural tour of the country’s cities, skiing or hiking trips, or the sole travels to Iran to try their luck at earning a £200 voucher from uk.hotels.com if they share their tips on the ancient land.

“Iran is no longer forbidden territory for Western travelers and offers amazingly varied scenery, history and culture. We want to hear about the country’s splendors – you may have relatives in the country and have been taken to various sights or you may have been on a guided hiking and cultural trip,” the daily wrote.

Major India-headquartered tour operator Cox & Kings Ltd. announced last November its forecast for 2017, with Iran amongst the hot destinations in 2017.

Referring to the recent prominent political changes and events in Iran, the operator discussed that before the anti-Iran sanctions, the Islamic Republic was one of the most popular tourist destinations in the world.

Cox & Kings added the country has been even more accessible since the British Airways relaunched its direct flights in September.

The bustling yet historical Iranian capital has witnessed a growth of 12.98 percent in terms of the international overnight visitor arrivals, the report said.

Mastercard based its judgments on figures compiled from 132 most visited cities around the world.

Iran in focus of American and European tourists

In March 2016, Azer News wrote “today, the country is in focus of American and European tourists, who are planning to beat a path to the long-isolated country’s door to explore whatever is beyond it.”

“On my journey, I cooked and feasted with Iranians of all walks of life who welcomed me into their homes to share their favorite recipes. Food is a wonderful vehicle for discovery in Iran. A really good meal is something everyone can relate to.” wrote Yasmin Khan in the Guardian about her food tourism in Iran.

No risk for women

In its special tourism issue, the Spanish newspaper El Mundo described Iran’s tourist attractions in an article by its Iran correspondent Zahida Membrado.

According to this report, Iran could not be found among the destinations of any tourist agency because of the unrealistic images published against it during the last decades; however, it is now turned to an attractive destination which leaves the visitors mouth agape. This could be true for any misjudged country; undoubtedly however, none of them is on a par with Iran in terms beauty, history, culture, magic, and natural attractions.

Membrado remarked that there is no risk for women who intend to travel across Iran by themselves.

Journey along the Silk Road

Skylines, an Austrian magazine, introduced a number of Iran’s tourist attractions in its first issue of 2017 during a report by its journalist who spent 6 days in the Islamic Republic.

“Land of Palaces: A journey along the legendary Silk Road, from Isfahan to Tehran” is the title of Skylines’ illustrated report on the tourist attractions of Isfahan, Kashan and Tehran.

This trend is expected to continue

The Insider website – affiliated with the well-known Business Insider – referred to Iran as one of the top 50 tourist destinations in 2017. Besides such websites as National Geographic Travel, Lonely Planet and Trip Advisor, Insider publishes lists to present top tourist destinations.

Iran has attracted more and more tourists over the past few years, the website said in December 2016. “This trend is expected to continue well into 2017, thanks to new direct flights to Tehran from both London and Paris, and the construction of multiple new hotels,” Insider wrote.

Iran’s visa is worth the trouble

In an article released in January, Bloomberg counted Iran among the 20 countries to be visited in 2017, highlighting: “For intrepid travelers, the question is not whether to visit Iran; it’s how to get there before an influx of tourists taints the experience.”

“The visa application process is lengthy and complex; citizens from the U.S., Canada, and the UK must be on escorted tours; and travelers have to abide by a government dress code,” Bloomberg added.