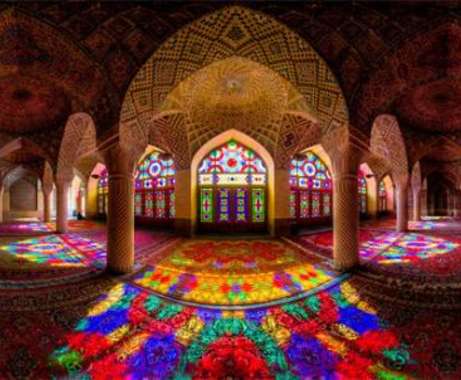 Lots of western tourists from the US and Europe are ready to beat the path to the long-isolated Iran’s door to explore what it has behind it.

Iran, one of the most favorable destinations in the Middle East, is on the way to improve its infrastructure and make visa regulations easier for foreign visitors in order to promote tourism sector in the country after UN, the USA and European countries lifted sanctions connected to its nuclear program in January.

The country enjoys a great potential to meet numerous tastes with its huge number of natural and historical sites, pilgrimage destinations and health centers. Located on the ancient Silk Road and representing a connection gateway between east and west gained a unique culture for Iran.

The government supports tourism to push the industry ahead. Vice President and Head of Cultural Heritage, Handicrafts and Tourism Organization Masoud Soltanifar said to the Iranian news agency IRNA on March 30.

The country will start issuing e-visas for tourists by the end of 2016. Tehran is considering the introduction of a visa-waiver regime with some countries on a bilateral basis, Soltanifar stressed.

At present, the Islamic Republic issues 30-day visas for citizens of 190 countries upon arrival at its airports which can be extended for additional 15 days.

The growth of the tourism sector is one of the priorities of Iran’s leadership. Iran encourages the tourism industry to attract foreign investment. “We welcome the role of private sector”, the vice president added. As many as 500 hotels are under construction in the Iran.

Iran plans increase the share of tourism revenues from 0.5 to 2 percent of the total income of the country by 2021 based on the 20-year economic development plan.

Iran expects to host 20 million tourists a year in 2025, generating a $30 billion in income from the industry which is equal to amount overall oil revenues predicted for 2025.

Iran possesses 19 cultural monuments, included in a list of UNESCO World Heritage Sites. Iran ranks 36th for tourism revenue in the world with an annual income of $7.5 to $8 billion.

Kish island in Persian Gulf, remains from old city Persepolis, Golestan Palace, Milad tower and many other mosques and monuments are only few places among sightseeing in Iran worth to visit.

Simplified visa regime will also favor Iranian tourists who wish to travel across Europe and the U.S. after a long period of sanctions and being isolated from the West.