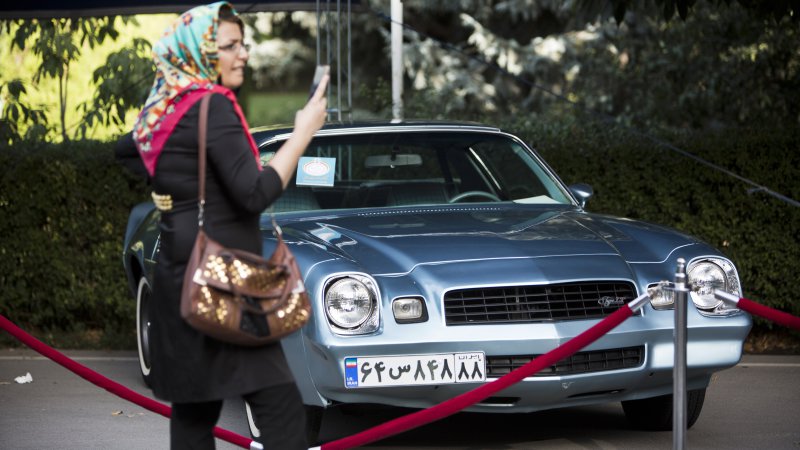 Vehicle imports were expected to increase following the signing of the recent nuclear deal between Iran and Western powers and the resultant lifting of sanctions. However, the insular government appears to be resisting the opening of the floodgates. Particularly to American brands like Chevrolet.

“Even the Americans are not interested in buying such cars because of their weight and high fuel consumption,” Grand Ayatollah Sayyid Ali Hosseini Khamenei declared regarding Chevy products to a gathering of hundreds of workers in Tehran, according to his official website. “Why should we import the cars from a bankrupt American factory? This is very odd.” Reuters reports that the Iranian government has removed Chevy from the list of approved imports, and stopped a shipment of 200 Bowtie-branded vehicles that were scheduled to set sail for the Islamic Republic – even though they were coming from South Korea, not from the United States.

Though not known for exporting cars, automobile manufacturing is one of the largest industries in Iran, producing vehicles principally for domestic consumption. Its largest automaker, Iran Khodro, manufactures under the Samand brand and produces Peugeots, Renaults/Dacias, and Suzukis under contract. Though there are nearly a dozen other manufacturers building cars and trucks in the Islamic Republic, Iran Khodro and its chief rival SAIPA reportedly account for some 94 percent of new cars produced there.