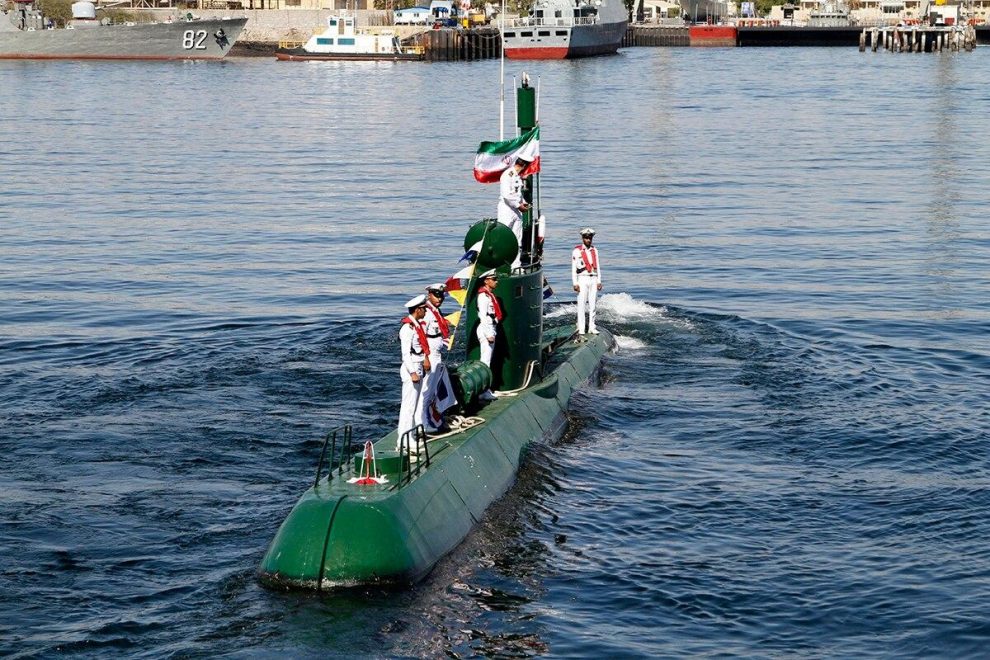 Tensions continue to mount between Washington and Iran, with every week bringing forth a new round of diplomatic threats and accusations.

Most recently, Revolutionary Guards commander Maj. Gen. Hossein Salami gave a blistering speech in which he assured the Iranian parliament that the “vulnerability” of American aircraft carriers will prevent the U.S. military from challenging Iranian power in the Persian Gulf. Such rhetoric is par for the course for Iranian officials and state media, who project unwavering confidence in Iranian military capabilities.

But just how capable is Iran’s conventional military, and do they really have the means to effectively resist a U.S. offensive?

The National Interest previously looked at this nuanced question with overviews of Iran’s air force and surface navy. We now turn to what is arguably the core of Iran’s conventional military strength, and the reason why it boasts the fourth-strongest navy in the world: its submarine force.

Perhaps the most striking aspect of Iran’s submarine roster is its sheer size, especially in relation to the rest of its navy. Whereas Iran’s combined output of operational corvettes, frigates, and destroyers hardly exceeds 10, it currently fields a whopping 34 submarines. The vast majority of these are midget-class–or “littoral”–diesel-electric vessels, with roughly two dozen from Iran’s homemade Ghadir class and several more from the North Korean Yugo class. Impressively, the Ghadir is much smaller but still has strong offensive capabilities; Ghadir vessels boast the same 533 mm torpedo tubes as the handful of Iran’s much larger Kilo vessels, only fewer at two versus six.

To be sure, Iran’s heavy concentration of mini-submarines makes for unflattering comparisons with the much more robust submarine fleets of its American and Russian counterparts. However, their roster makes a great deal of military sense within the context of Iran’s strategic objectives. Iran has no need to project power sea power around the world, or even across the Middle East. Instead, the Iranian navy is constituted and organized around the specific goal of securing the Persian Gulf and specifically the Hormuz Strait. The limited range of Iran’s diesel-electric submarines is irrelevant in the restrictive and shallow confines of the Gulf, while their near-undetectability mine-laying capability makes them ideal candidates for patrol and ambush operations against hostile surface vessels.

More recently, Iran has begun to diversify its indigenous submarine industry beyond the smallest vessels. The new Fateh class is intended to round out Iran’s lopsided roster, coming in between the Ghadir and Kilo classes at a displacement of 600 tons. In addition to the 533 mm torpedo tubes that are standard across Iran’s submarine force, Iranian state media reports that the Fateh vessels–of which there are two at the time of writing–can fire anti-ship cruise missiles from a submerged position.

Iran’s submarine force is by far the most numerous and technically capable arm of its navy and slated to remain so for the foreseeable future given Tehran’s geopolitical investment in the Gulf region. While it is still highly unlikely to match the U.S. Navy in any sort of pitched conflict, submarines would inevitably be the spearhead of a prospective Iranian anti-access/area-denial (A2/AD) campaign to seal the Hormuz Strait, or to stage a one-off surprise saturation attack against US defenses in the Persian Gulf.

Source: Thanks, North Korea: Iran’s Submarine Fleet Could Do Some Damage in a War: National interest