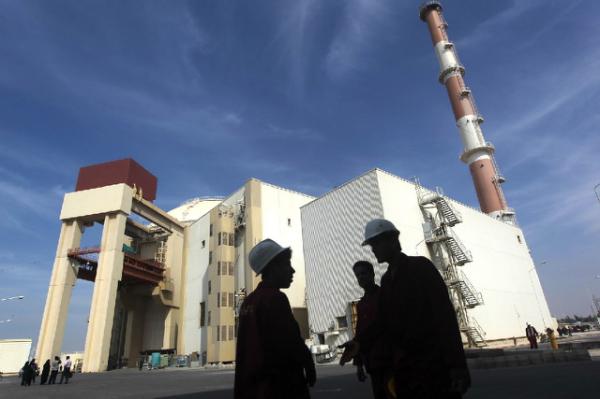 Iran is complying with last year’s landmark nuclear deal with major powers, the UN atomic watchdog said Friday in its first report since the accord came into force on January 16. The International Atomic Energy Agency said it “has been verifying and monitoring the implementation by Iran of its nuclear-related commitments” under the hard-won July 14 agreement, saying it was satisfied. As agreed, Iran “has not pursued the construction of the existing Arak heavy water research reactor” and has “not enriched uranium” above low levels, the IAEA report seen by AFP said.

Iran’s stockpile of low-enriched uranium, material which can be used for peaceful purposes but when further processed for a nuclear weapon, has not risen about the agreed level of 300 kilogrammes (660 pounds).

The Vienna-based IAEA added that “all stored centrifuges and associated infrastructure have remained in storage under continuous Agency monitoring” and no enriched uranium has been accumulated through research and development activities.

The steps taken by Iran under the 2015 deal extend to at least a year, up from a few months, the length of time Tehran would need to make one nuclear bomb’s worth of fissile material.

They included slashing by two-thirds its uranium centrifuges, reducing its stockpile of uranium — several tonnes before the deal, enough for several bombs — and removing the core of the Arak reactor which could have given Iran weapons-grade plutonium.

Centrifuges are machines that “enrich” uranium by increasing the proportion of a fissile isotope, rendering it suitable for other purposes.

Throughout the 12-year standoff that preceded the deal, Iran always denied wanting nuclear weapons, saying its activities are exclusively for peaceful purposes such as power generation

In return for the scaling down of its nuclear activities, painful UN and Western sanctions were lifted on the Islamic republic, including on its lifeblood oil exports.