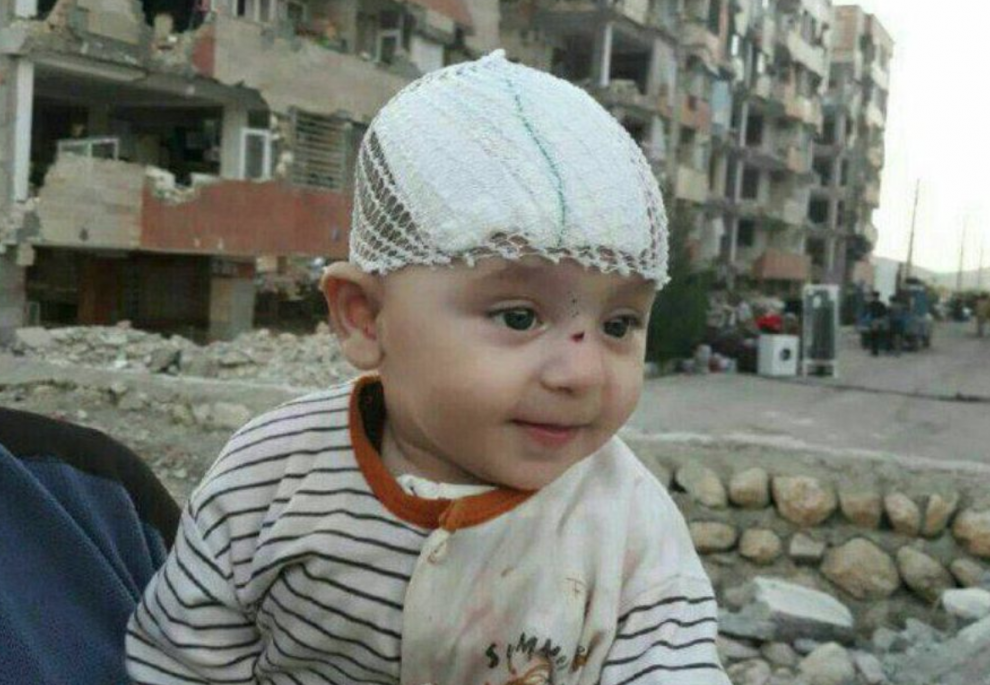 Rescue workers have found a baby alive and well, three days after a deadly earthquake that struck on the Iran-Iraq border.  The child was found amid the rubble of the town of Sarpol-e-Zahab on Wednesday morning – two and a half days after the magnitude 7.3 quake which has killed at least 530 people, local media reported.

A picture of the child, which appears to be smiling and not in distress, has been widely circulated among Iranians on social media. Many people called the rescue a “miracle” and expressed how the child’s survival is cause for hope after the tragedy.

Emergency services continued to search for survivors on Thursday, but four days after the quake fewer and fewer people are being pulled alive from the wreckage of apartment buildings.

In Kurdish majority town of Sarpol-e-Zahab, which was the worst affected, field hospitals are treating the injured and tents have been set up for the 70,000 people left homeless in winter weather.

Donations from diaspora Iranians in the West and others wanting to help have hit a snag in the form of international sanctions rules: in the US, it has not been possible to send cash directly to people within Iran since the 1979 Islamic Revolution.

Kianoush Rostami, who grew up in Kermanshah province near Sarpol-e-Zahab, said he was was “taking a step, however small” to help those in need after the earthquake.

“I am returning my Rio 2016 Olympics gold medal – which actually belongs to them – to my people,” he wrote in an Instagram post on Wednesday.

“I will put my medal up for auction. All the proceedings will go to those hit by the earthquake.

Sunday’s magnitude 7.3 quake was centred 31 kilometres (19 miles) outside the eastern Iraqi city of Halabja, the US Geological Survey said.

It struck at a relatively shallow depth of 23.2 kilometres (14.4 miles), which usually leads to broader surface-level damage, and tremors recorded as far west as the Israeli coast of the Mediterranean and as far south as Baghdad.

Across the border in Iraq, the earthquake killed at least nine people and injured 550 others, all in the country’s northern, semi-autonomous Kurdish region, according to its Interior Ministry.

More than 400 aftershocks have struck since, leaving even those with homes to return to afraid to retrieve their belongings.

Iran, which sits on several geological fault lines, is prone to earthquakes. A magnitude 6.6 quake in 2003 killed 26,000 in the city of Bam.