Home » Iran to be India’s ‘reliable partner’ for energy 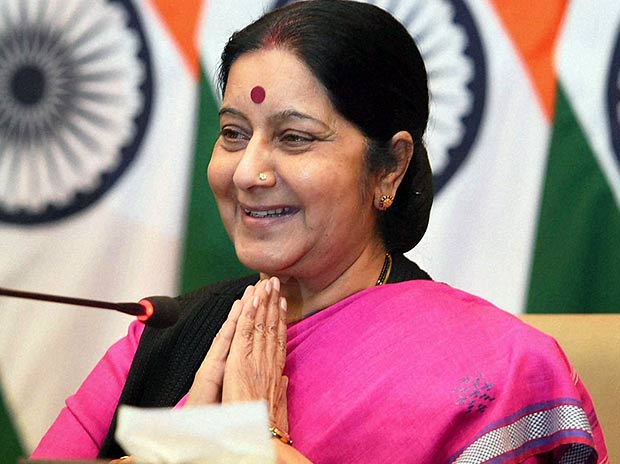 This West Asian tightrope is important not just for geostrategic reasons but also for India’s energy needs.

Both Saudi Arabia and Iran – who don’t see eye to eye on most issues and most recently have supported opposing sides in the Syrian and Yemeni civil wars – are two of the biggest suppliers of crude oil to India. After years under sanctions, Iran is now ramping up its oil production.
Swaraj, before leaving for Moscow, also called on Iranian President Hassan Rouhani. He said New Delhi could look at Tehran as a “reliable partner” for its energy needs and termed the cooperation on Chabahar as a “defining partnership” between India and Iran.
In 2002, New Delhi and Tehran had signed an agreement to develop Chabahar into a deep sea port. Once connected to Iran’s railway network, the port will allow India greater trade not just with Iran but also give it a sea route to Afghanistan, and eventually access to Europe through the North South Transport Corridor (NSTC).
The Indian side said it was keen to sign the commercial contract and extend $150 million credit for Chabahar Port in the “very near future”. The union cabinet has already approved $400 million credit line for supply of steel rails from India. New Delhi considers the project a “strategic bulwark” in the region given that China is developing the Gwadar port, a key location in the China Pakistan Economic Corridor.

At the meeting, the Indian side also welcomed the Iranian decision to keep the Farzad-B oilfield outside the auction basket. Oil minister Dharmendra Pradhan had recently visited Iran to discuss the issue. Indian companies had pulled out of the project after the economic sanctions imposed on Tehran, but the contract has been revived.

“The concerned companies have been directed to complete their contractual negotiations in a time bound manner. Iranian side had earlier communicated their gas pricing formula and expressed their desire for Indian investment in the Chabahar SEZ,” MEA spokesperson Vikas Swarup said.

The two sides reviewed the progress on the NSTC, and IRCON from India would be visiting Iran for discussions on the Chabahar – Zahedan railway link. Swaraj and Zarif agreed that lifting of sanctions has opened the potential for expanding trade ties and pending agreements like Double Taxation Avoidance Agreement, Preferential Trade Agreement and Bilateral Investment Treaty should be concluded.
India is looking at increasing its oil imports from Iran from the current 350,000 barrels a day. Iran has recently come out of years of crippling economic sanctions and is preparing to increase production. India is also preparing to invest $20 billion in the Iranian oil and gas, petrochemical and fertilizer sectors.

In a related development, the second meeting of experts from India, Afghanistan and Iran to finalize the trilateral agreement on Chabahar was held in New Delhi on April 11, the MEA said today.