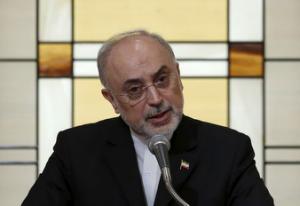 BUDAPEST (Reuters) – Iran has proposed a project with Hungary to design and develop a small nuclear reactor that could be sold across Asia and Africa and also built in the Islamic republic, Tehran’s top nuclear official said on Thursday.Iran’s Ali Akbar Salehi said he envisaged a joint pilot project with Hungary to design a 25-megawatt reactor and then a reactor of up to 100 megawatts, a size he said would be marketable across Asia and Africa.He told a conference in Budapest that small reactors would be more affordable to poorer countries and require less cooling water, a critical consideration in Africa and Asia.”One particular project that I suggested was to see if we can… together design a small reactor of 25 megawatts,” Salehi said. “It was received well and we hope that we can start this project, just on paper.