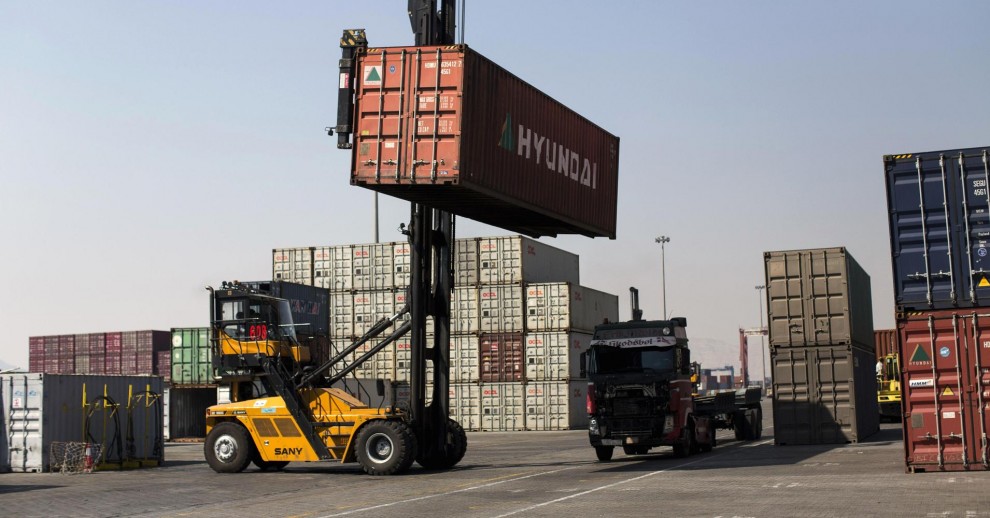 One of Iran shipping companies resumed trading with the West this week after six years, but the Islamic country is still far from being reaccepted by the international community, warns an expert.

The Azargoun, which belongs to the Islamic Republic of Iran Shipping Lines and can carry 2,500 standard shipping containers, arrived in Hamburg earlier this week.

It marked the reopening of the European Container Line between Iran and Europe, which was suspended in 2010 due to sanctions imposed by the U.S. and Europe. A crane loads a shipping container onto a truck at Shahid Rajaee port, some 20 kms west of Gulf port city of Bandar Abbas on February 21, 2016.

Despite the resumption of trade and shipping following the agreement with Iran over its nuclear program, economic relations between Iran and the West are still far from normal.

“We are still pretty far away from full normalization,” Torbjorn Soltvedt, head of MENA at risk consultancy Verisk Maplecroft, to CNBC via phone. “What we are seeing is the start of the reintegration of Iran back into the global economy to some extent. But at the same time, you are not really seeing any sort of great influx of investment into Iran yet.”

Soltvedt said Verisk Maplecroft does not expect a mass influx of investment into Iran in the short term because of risks in the country and the remains of the sanctions regime.

Some of the risks include Iran’s inefficient bureaucracy, high levels of political interference, a lack of investor protections and strong invested interests, according to Soltvedt.

What remains of the sanctions regime is also proving to be a deterrent to investment.

“The most important part of that is probably the pretty substantial list of entities that are still blacklisted by the U.S. government for which secondary sanctions still apply,” explained Soltvedt.

“For companies looking to invest in Iran it’s a really complex task to try and unravel the web of subsidiaries and associated companies that are linked to blacklisted companies.”