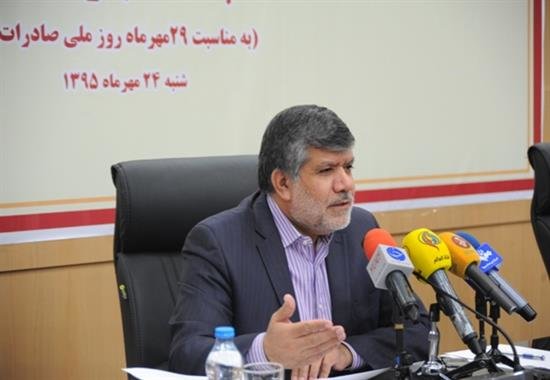 Mojtaba Khosrotaj, the head of Iran’s Trade Promotion Organization (TPO) and the country’s deputy industry, mining, and trade minister, said that Iran does not plan to focus on a specific region or country as export destination and it aims for a diverse market.

Addressing a press conference held on Saturday on the occasion of Iran’s National Exports Day (October 20), the official noted that the key point in choosing trade partners and target markets is analyzing the country’s needs.

He stressed that the country should not limit the exports to certain markets and countries, saying “Being dependent only on a single economic or politic block is not a good idea and will make the country vulnerable and weak.”

Khosrotaj also noted that the industry, mining, and trade ministry’s policy is to maintain balance between the target markets chosen as the destination for Iranian goods.

Further in the conference the deputy minister touched upon the current situation of the country’s exports and imports and said although the trade relations with Asia and the neighboring countries are improving but “Considering the country’s potentials we are way behind the level our exports should stand at this point.”

“In some sectors export is not considered as a priority, so the National Exports Day is set to highlight the importance of exports in the country’s economy,” he noted.

Elsewhere in his remarks the official mentioned the criteria for selecting country’s top exporters and said “Our first yardstick is the quantity, while continuous exports, technical skills and expertise, international advertisements and etc. are also considered in making the choice.”

Addressing the current economic position of Iran among the world’s countries, Khosrotaj said “Within the framework of the country’s policies we need to have appropriate interaction with all countries around the world. After the Islamic Revolution, we have boosted trade with OIC (Organization of Islamic Countries) and applied the same strategy with the non-aligned countries.”

“With the West sanctions imposed on the country the situation changed and we lost most of our markets, and now again in the post-sanctions era we plan to have an ideal presence in the world’s trade,” he added.

Explaining the main obstacles impeding Iran reaching its full potentials in trade with Europe, the head of Iran’s TPO said “After lifting of the sanctions European countries have shown great interest in investment in Iran and trade with the country but still the main obstacle and challenge that Iran is facing in trade and exports is ‘banking issues’.”

“West claims that Iran does not have the necessary banking standards, but we believe it is not true and European banks must support trade with Iran,” he added.

The deputy minister further emphasized that there is no problem regarding Iran’s access to European airports and shipping ports and “banking” is the only obstacle.

Asked about the potential target destinations for Iranian commodities the deputy minister said that based on research and gathered information, so far 50 countries which have ideal capacities and potentials for trade are identified as target markets.

He also mentioned holding exhibitions and exchanging trade delegations, holding joint committee meetings and establishing free trade zones as some of the government’s plans for boosting the country’s exports level.