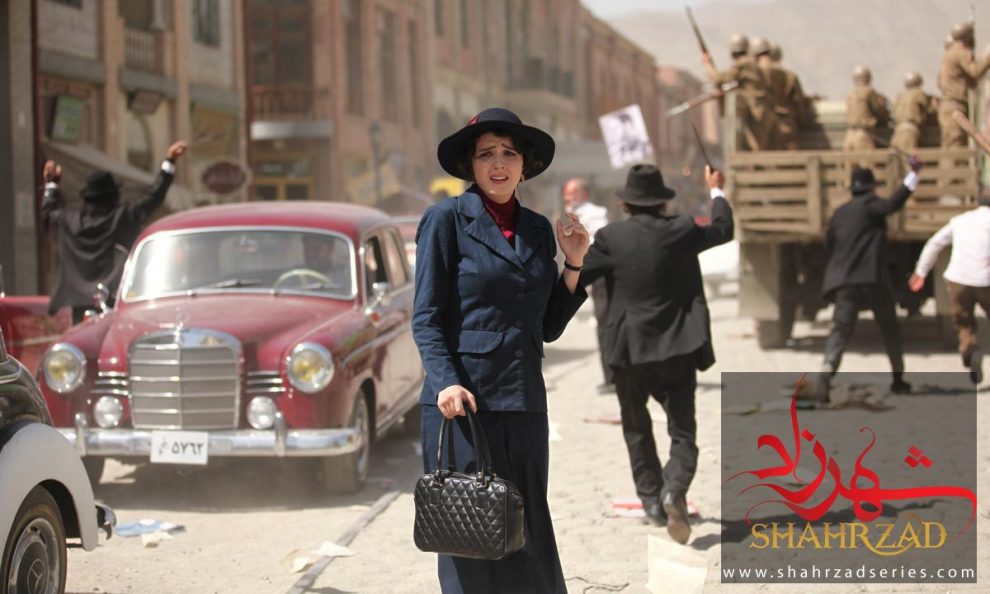 With its depiction of Iran under late shah’s despotic rule comes Shahrzad, an independent online drama with parallels in current events.

Footsteps resonate on cobblestones, snooker clubs are open, women and men go partying together, cabarets are full, the alcohol flows, chapeaux are fashionable, the national theatre is showing Othello and, in the small cinemas along Lalehzar – old Tehran’s Champs-Élysées, Casablanca is showing.

This is Iran 1950s-style, brought back to life in the online TV series Shahrzad, the most expensive production of its kind in the country. Once a week, when a new episode is released, the show has the whole nation glued to their screens.

Netflix may not have yet infiltrated Iranian households, but its style of gripping filmmaking has. Shahrzad is drawing huge audiences in a country where independent online series, produced privately, are becoming increasingly popular as people turn their backs on tightly controlled state television for online substitutes or illegal satellite channels.

Like most films made in Iran, Shahrzad has already been approved by the censors – every single scene, each dialogue and costume has been carefully examined to make sure it adheres to the norms. The result, however, is a series that treads a fine line, even even at times showing the generally unshowable, such as women singing.

And out of a depiction of Iran under the late shah’s despotic rule comes a drama that draws many parallels to politics in the country today.

Directed by Hasan Fathi and written jointly with playwright and university professor Naghmeh Samini, Shahrzad is the story of a love broken apart by events in the aftermath of the 1953 coup that overthrew the democratically elected prime minister, Mohammad Mosaddeq.

That coup, engineered by the CIA and British intelligence to safeguard the west’s oil interests, consolidated the shah’s rule until the 1979 Islamic revolution. It was a defining moment in Iran’s modern history, the reverberations of which are still felt today.

Shahrzad, a medical student, and Farhad, a journalist, often meet at the Cafe Naderi, a hub for intellectuals in the city. Farhad, an ardent supporter of Mosaddeq, is jailed after the shah’s security forces close down his newspaper. Shahrzad, meanwhile, is forced to marry against her wishes and become the second wife of the son-in-law of Bozorg-Agha, a hugely influential Godfather-like figure who is close to the shah. But the forced marriage does not separate the pair.

The series portrays the repression that took place at the hands of the shah’s forces, with journalists and intellectuals summoned, intimidated or jailed arbitrarily and newspaper licences revoked. Those scenes strike a chord in today’s Iran, in the light of more recent crackdowns against journalists and activists, especially after the 2009 post-election unrest.

Not all historical references in Shahrzad are accurate, says film critic Parviz Jahed, but “good storytelling has made it an intriguing and successful melodrama set against the backdrop of an important episode in Iran’s modern history”.

“There are things that are absent from a state TV production, such as the displaying of music instruments or women singing, but you’ll see them in Shahrzad,” he said. “These series made outside the state TV apparatus and produced privately are a new phenomenon.”

Shahrzad is not solely critiquing Iran’s past politics, but also subtly highlighting beliefs and norms considered wrong and anachronistic that are nonetheless still present in Iranian lives. Striking, too, is the fact that some of its characters, such as Bozorg-Agha, who is allied to the shah, are not depicted in an unambiguously negative way.

“In the past, you couldn’t approach such characters in a humanising way, but characters such as Bozorg-Agha at times even evoke sympathy and that’s something new,” Jahed said. “You couldn’t show charismatic figures in bad characters previously.”

Each episode of Shahrzad is sold on a weekly basis on its website. It is also available from shops across the country on DVDs. Producers have been urging Iranians to respect copyright and not buy pirated versions. But in a country where copyright is widely violated with regard to artistic works, that is a huge challenge.

The success of Shahrzad comes at a time when Iran’s fight against illegal satellite dishes appears to have been lost. Turkish soap operas, transmitted by companies such as Dubai-based GEM TV, are extremely popular in the country, where Farsi-dubbed versions showing love triangles, such The Tulip Age, are even available on USB sticks.

Observers say the extent to which the authorities appear to have tolerated red lines being crossed in Shahrzad appears to indicates a new, more flexible approach by the authorities.

Although ordinary people don’t have access to Netflix, mainly because of issues relating to Iranians’ access to foreign payments, its TV series like Breaking Bad are popular in Iran. “Most people have seen series like Breaking Bad or Fargo in Iran; they are dubbed in Farsi on the black market,” Jahed said. “That’s made it difficult for the Iranian filmmakers. They have to live up to those standards.”