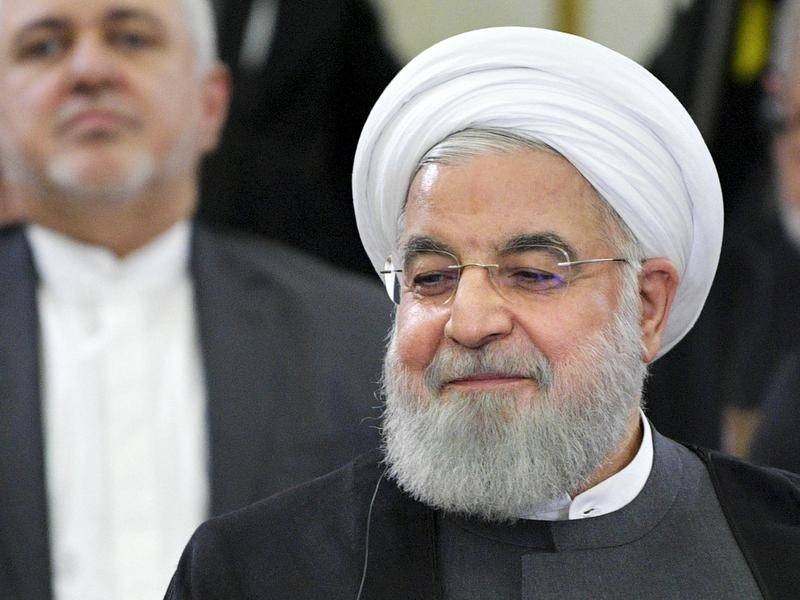 President Hassan Rouhani says Iran supports a plan by European countries to bolster a nuclear deal that Tehran reached with the West in 2015 and from which the United States withdrew last year.

Speaking during a weekly cabinet meeting, Rouhani said: “We agree with the general framework by the Europeans.” France, Britain and Germany had urged Tehran to enter talks about a new arrangement on the nuclear deal.

Rouhani’s comments come amid heightened tension between Tehran and Washington following US President Donald Trump’s decision over a year ago to unilaterally pull out of the nuclear deal with Iran. The US has imposed sanctions that have kept Iran from selling its oil abroad and have crippled its economy. Iran has since begun breaking terms of the deal.

Rouhani said Iran has never been after nuclear weapons and whenever the rights of the Iranian nation are considered in plans and negotiations, “the road is not closed, and the road is again open.”

He said the plan could have been discussed during his New York visit last week to attend the UN General Assembly but that President Donald Trump scuppered chances by openly threatening to impose more sanctions.

Rouhani said Trump in a private message had told the Europeans he was ready but later told media he wanted to intensify sanctions. He expressed gratitude for efforts by President Macron regarding the plan.

Foreign Minister Mohammad Javad Zarif told state TV later Wednesday that even though Macron’s four-point plan did not include Iran’s views, “it is necessary that negotiations continue in an accurate way. We will continue the communications.”

Zarif said Iran has always wanted security in the Persian Gulf and if Saudi Arabi changes its regional policy, it will find “open arms” from Iran.

“We have always said we are not after tensions with our neighbours,” he said.

Trump pulled the US from the 2015 nuclear deal between Iran and world powers and re-imposed sanctions on Iran sending the country’s economy into free fall.

The deal aimed at preventing Iran from obtaining nuclear weapons in return for lifting sanctions. Iran has routinely denied seeking a nuclear weapon.