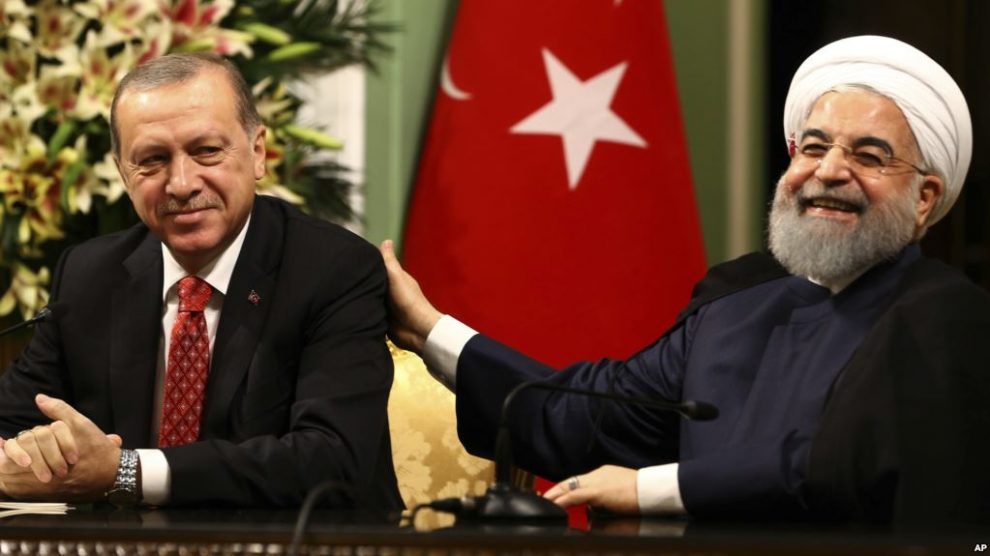 Turkish President Recep Tayyip Erdogan is due to attend a summit with Iranian and Russian leaders to discuss Syria.

It will be Erdogan’s second meeting with Iranian President Hassan Rouhani in a month. Bilateral relations have warmed significantly in recent months between the regional rivals, since the Turkish president criticized Tehran in June, accusing it of Persian expansion in the region, a threat he said needed to be challenged.

“This is part of Ankara’s vacillations; it seems to be moving to the requirements of the day,” said political columnist Semih Idiz of Al Monitor website. “Of course Ankara appears that it’s moving closer to Tehran, especially after the Iraqi Kurds held their independence referendum — which both Turkey and Iran are very forcefully against — and it united the two.”

Iran and Turkey have large restive Kurdish minorities and share fears that any independence bid by neighboring Iraqi Kurds could provoke similar secessionist demands. In the run-up to the referendum vote, the Iranian and Turkish armed forces chiefs made rare visits to one another’s countries in another sign of deepening relations.

At a summit next week in Sochi, Erdogan is expected to try to persuade Rouhani to support his calls to carry out a military operation against Syrian Kurds of the PYD. Ankara accuses the PYD of having secessionist aspirations and being linked to the PKK, which is waging an insurgency in Turkey.

Erdogan is also pressing Tehran to carry out a joint military operation against the PKK headquarters in northern Iraq, close to the Iranian border.

Traditionally, Iranian and Turkish relations have been characterized by cooperation and rivalry. In the late 2000s, seeking greater influence in Iraq and Syria as part of then-Turkish Prime Minister Ahmet Davutoglu’s policy of “strategic depth,” relations between the two countries soured as they competed for influence; however, Ankara’s abandoning of its “strategic depth” policy has facilitated bilateral cooperation.

“My view is that Turkey has narrowed its focus on Syria; it’s no longer regional hegemony,” said international relations expert Soli Ozel of Istanbul’s Kadir Has University. “It’s basically the PKK in Iraq and the PYD in Syria; Turkey does not want to be encircled by the PKK on its southern border; because Russia and Iran have the upper hand, it goes along with them.”