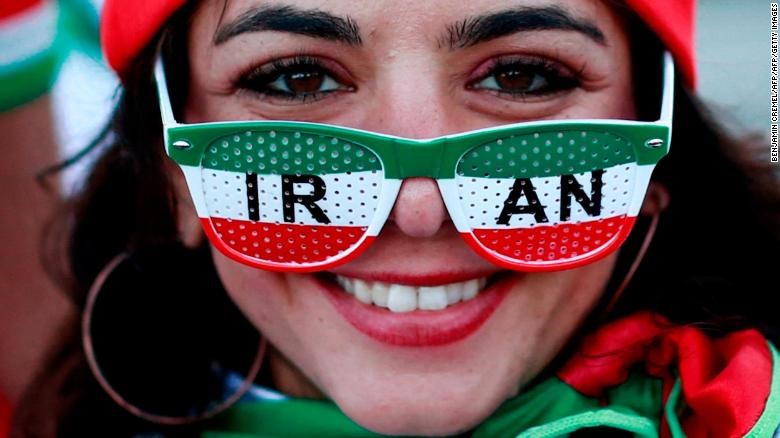 Women in Iran will be allowed to attend men’s soccer matches beginning with a World Cup qualifier next month, according to FIFA.

Football’s world governing body has long been concerned by the issue and its president Gianni Infantino spoke to Iranian officials following the death of Sahar Khodayari, a female fan who set herself on fire after she was denied access to a soccer stadium in Tehran.

Speaking at a FIFA conference on women’s football in Milan Sunday, Infantino said he had been “assured” that women will be allowed to attend Iran’s next match against Cambodia.

“We’ve been assured that as of the next international game of Iran, which is to be played on October 10, women will be allowed to enter football stadiums,” he said.

“This is something that is very important, since 40 years this has not been happening with a couple of exceptions.”

The ban against women going to stadiums where men are playing was brought in shortly after the 1979 Islamic Revolution.

In June, FIFA sent a letter to the Iranian Football Federation, requesting a timeline that would allow women to be able to buy tickets for World Cup qualifiers, Reuters reported.

A banner reading &quot;Support Iranian women to attends stadiums&quot; is displayed during the Russia 2018 World Cup Group B football match between Morocco and Iran.

A banner reading “Support Iranian women to attends stadiums” is displayed during the Russia 2018 World Cup Group B football match between Morocco and Iran.

Ms. Khodayari — dubbed the “Blue Girl” on social media, after the colors of her favorite Iranian soccer team, Esteghlal — was charged with “openly committing a sinful act” by “appearing in public without a hijab” when she attempted to enter a stadium “dressed as a man” in March, according to human rights group Amnesty International.

Khodayari appeared in a Tehran court earlier this month and after the case was adjourned, she poured gasoline over herself and set herself on fire. She died on Monday September 9.

Following Khodayari’s death, Infantino called the ban “unacceptable” and stressed how important it was for the ban to be lifted.

At the conference Sunday, the 49-year-old once again stressed the need for the sport to move forward.

“There is women’s football in Iran. We need to have women attending the men’s game,” Infantino said. “And we need to push for that, with respect but in a strong and forceful way. We cannot wait anymore.”