Home » Iran’s backlash over the United States after U.S refusal of visas to the delegation visiting World Bank in Washington 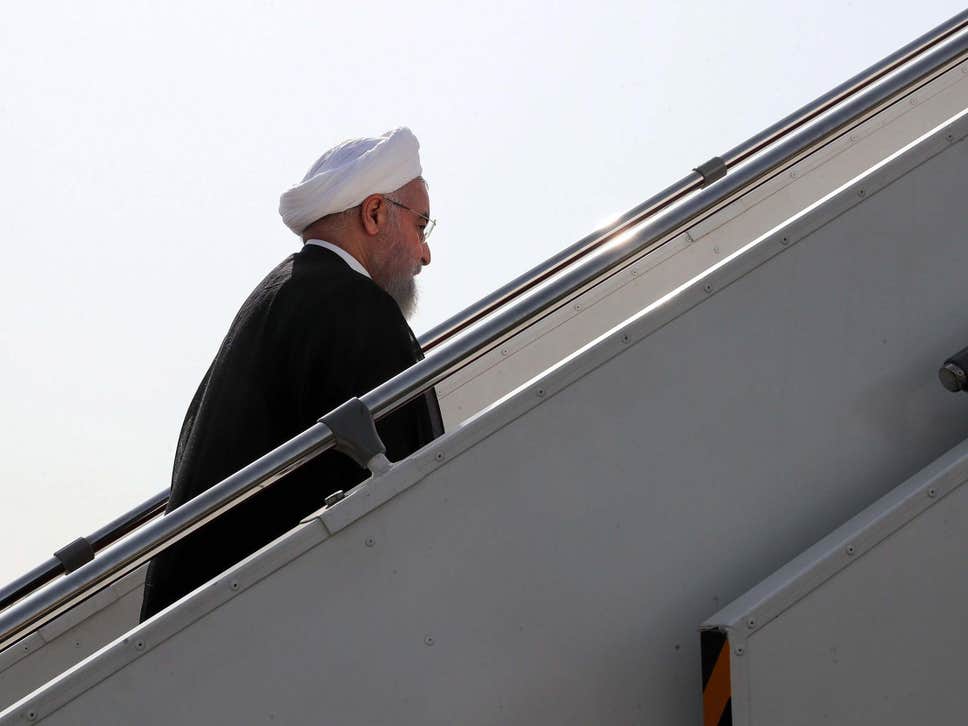 Iranian economic minister criticises US for ‘illegal, unprecedented and hostile’ restrictions and cancels his trip to Washington.

Iran’s economic minister has cancelled his upcoming trip to Washington to protest against the US government rejecting visas to members of his delegation.

Farhad Dejpasand was set to attend the annual gathering of the World Bank and the International Monetary Fund (IMF) in October. The two prestigious financial institutions are headquartered in the US capital and thousands of delegates from member countries attend their flagship event.

The Iranian minister has sent a letter of protest to the president of the World Bank, criticising the US government for creating “ungrounded obstacles” and imposing “illegal, unprecedented and hostile” restrictions on Iran, Iranian state media reported.

Jamal Abdi, president of the National Iranian American Council, told The Independent: “The Trump administration is denigrating the US role as a global leader with petty moves like this one that violate international norms and subsume multilateral institutions in the ideological policies of the current White House occupant.” He believes the Trump administration’s “maximum pressure” policy is an abject failure and by continuing down this road instead of pivoting the administration is maximising its own self-inflicted damage on America while bailing out Iran from accountability on its own violations by casting it as the victim.

“Similarly, Trump’s Muslim travel ban is not supposed to apply to students, yet Iranian students are being denied or having their visas revoked. This is what a policy of broad, indiscriminate pressure yields. There is no room for nuance,” Mr Abdi added.

Last month President Trump placed a new visa ban on senior Iranian government officials and their family members, prohibiting them from entering the United States for travel, study or work. The order came while Iranian president Hassan Rouhani was wrapping up his visit to the United Nations General Assembly in New York. Mr Rouhani had refused to meet the American president amid persistent mediation by French president Emanuel Macron and British prime minister Boris Johnson. The presidential order, however, stated that it should not interfere with the United States’ international obligations.

Barbara Slavin, director of the Future of Iran Initiative at the Atlantic Council, told The Independent: “I assume this is part of the ‘maximum pressure’ campaign that includes restricting the number of Iranians that can come to the UN General Assembly and confining Iran’s UN diplomats to a tiny patch of the Upper East Side of Manhattan.” Ms Slavin believes that this exposes as a lie the supposed US desire to negotiate “a better deal” with Iran, by making diplomatic contacts between the two countries even harder. “Petty and vindictive like so many US policies, I’m afraid,” she added.

Iran and the US have had no diplomatic relations in four decades and each government is represented by a close ally in the other country. Switzerland is in charge of US interests in Tehran and Pakistan houses Iran’s interest section – its de facto consular representation – in Washington.

The Iranian government has a diplomatic mission at the United Nations based in New York but the Iranian staff and delegates that visit the UN are only granted a special visa by the US government that is strictly limited to a small area around the UN building in Manhattan. The limit was further tightened by secretary of state Mike Pompeo this year when the US imposed sanctions on Iranian foreign minister Javad Zarif, after he refused an invitation to meet Mr Trump at the White House.

As the host country of international organisations such as the United Nations and the World Bank, the US has committed to facilitate the visit of foreign delegations to these institutions. However, the rejection of visas is not unprecedented and previous US administrations have occasionally barred delegates from rival countries in the past.