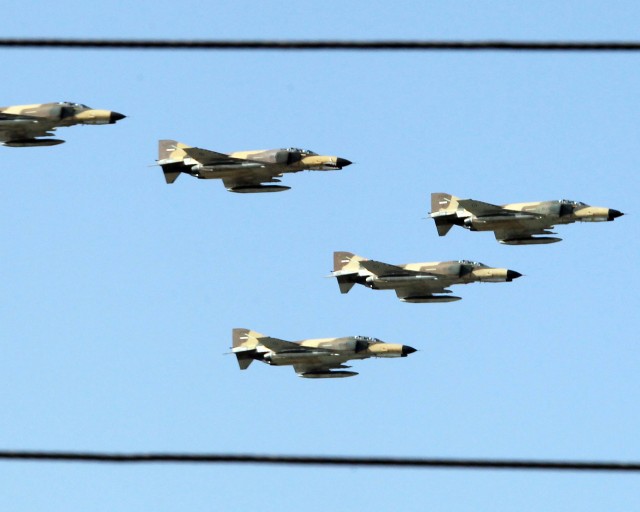 Iran is home to one of the Middle East’s largest militaries, but not necessarily the region’s best. That Iran is even capable of threatening regional rivals, at least with the technology it has, is actually somewhat of a surprise: Decades of sanctions have prevented Tehran from effectively upgrading its arms and military equipment, leaving it far behind countries it would consider its rivals. Now that thesanctions have been lifted, Iran is trying to catch up to those rivals, including Saudi Arabia, Turkey and the United Arab Emirates, which have spent hundreds of billions of dollars on some of the most advanced weaponry on the international market.

Decades of sanctions have also made it difficult for Iran to source spare parts to repair and maintain its existing military equipment, particularly Western weaponry acquired when Shah Mohammad Reza Pahlavi was in power. Relying on the black market and on their own ingenuity, the Iranians have proved remarkably adept at maintaining their weaponry and machinery, often relying on domestically sourced modifications and upgrades. For instance, to the surprise of international militaries and despite the odds, Tehran has been able to keep its F-14 fighter fleet in service. Nevertheless, maintaining aging equipment from multiple origins (the United States, France, Russia and China, just to name a few) is a burden and serviceability has suffered. Fielding them can also be creating a logistical and training nightmare. It is reasonable to expect that the Iranians will attempt to narrow their weapons suppliers even as they avoid relying on a single source.