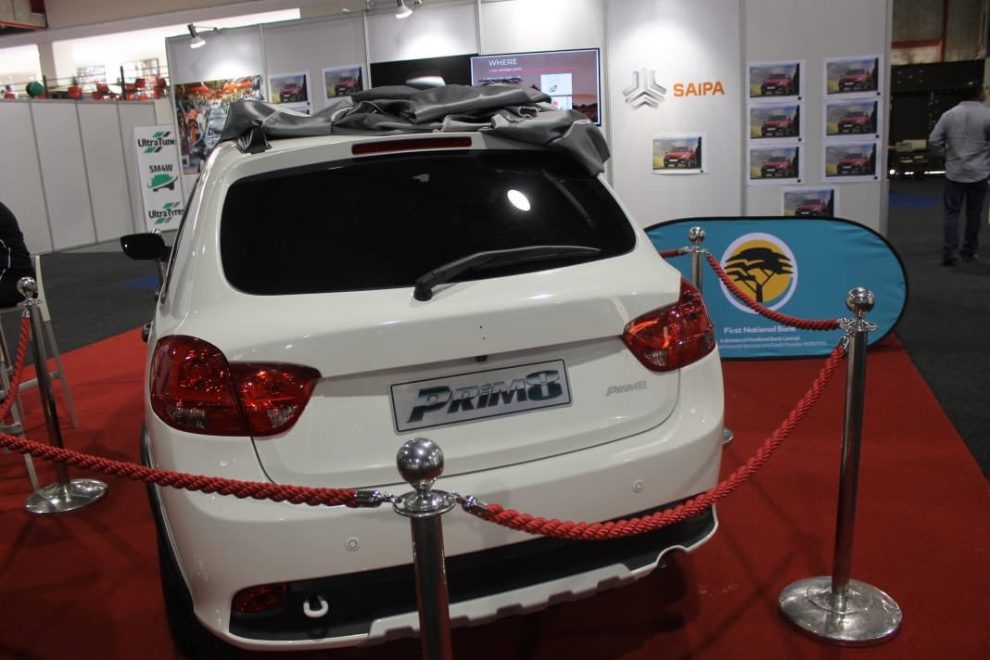 The venture will produce a mid-sized hatchback, called the Mureza Prim8, by rebadging the SAIPA Quick, which was made on the SAIPA-developed X200 platform and released in Iran in 2017. The SAIPA Quick is exported to India, according to African media.

Mureza debuted the Prim8 last month at Automechanika Johannesburg, a South African international automotive trade fair attended by more than 620 companies in the auto industry from 28 countries across Africa, Europe, North America, the Middle East and Asia. Though SAIPA Group was not listed on the trade fair’s official exhibitors’ list, the company’s branding was showcased at the Prim8’s exhibition stand. None of the other major Iranian auto companies were official exhibitors at the event.

The Prim8 was inspired by the “void between the new vehicles and used vehicles currently sold in African countries,” said Tatenda Mungofa, chief executive of Mureza. Mungofa and his colleagues are proposing to fill this gap by producing the rebadged SAIPA Quick under the new Prim8 model and selling it at prices slightly higher than used imported cars. The Prim8 will range in price from R120,000 to R200,000 (roughly USD 8,000 to USD 13,600).

The Iranian auto sector, the country’s second largest industry after oil and gas, has struggled following the U.S. exit from the nuclear deal, Kharon reported in August. U.S. sanctions since the withdrawal have also put pressure on supplies critical to auto production. Sanctions specific to Iran’s auto industry came back into place in August 2018, prohibiting the sale, supply or transfer of “significant” goods or services connected to the sector, including the ability to conduct research and development, as well as the manufacture or assembly of equipment and parts.

Production of the Mureza Prim8 will begin in the first quarter of 2020, Mungofa told a Zimbabwe technology news site. Pre-orders are available now on the Mureza website. Mureza Auto anticipates production of 12,000 units of the Prim8 annually for a minimum of three years, Mungofa said. “As we introduce new models, we anticipate to ramp up production to 20,000 units annually in different production facilities in the region. We have an ambitious target to produce 100,000 units in the next 5 years,” Mungofa said.

Following the release of the Prim8, Mureza plans to introduce a half-ton pick-up, a sedan, and a mini-SUV based on the same SAIPA X200 platform used in the development of the SAIPA Tipa and Saina, African and Iranian media reported.

Mungofa co-founded Mureza Auto Co in 2016 with Pheladi Chiloane and Thulisa Bianca Sosibo, who are also directors of the auto company, according to South Africa corporate records. Mungofa is also listed as a director of Dubai Direct, a South Africa-registered international online electronics store.

The Prim8’s platform, along with most of its engineering, originated from Iran’s SAIPA Group. Both the Mureza Prim8 and the SAIPA Quick are powered by a four-cylinder SOHC engine, according to a side-by-side analysis of the two model’s technical specifications. Moreover, an electric version (EV) of the Prim8 is under development with SAIPA, Mungofa said.

The Prim8 will initially be assembled from semi-knocked-down (SKD) kits in the Automotive Supplier Park north of Johannesburg with plans to expand production to the Willowvale assembly plant in Zimbabwe. Mureza is also considering production at a former Hyundai plant in Botswana.