Home » ISIS is ‘finished’ after being obliterated in Syria and Iraq, Iranian president announces on live TV 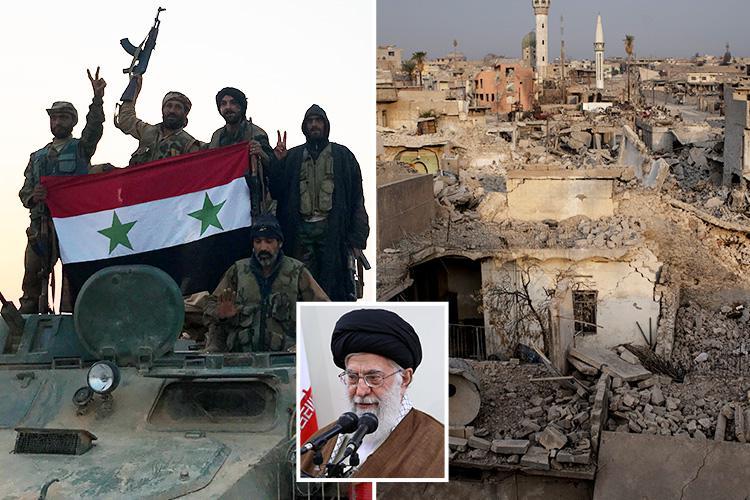 ISIS is ‘finished’ after being obliterated in Iraq and Syria – the president of Iran has announced on live TV. Hassan Rouhani made the announcement.

Hassan Rouhani made the announcement in an address on Iran’s state television, declaring the end of the militant group’s territorial hold in the region.

Videos and pictures showed the Guards, Iran’s forces responsible for operations outside its borders, in frontline positions in battles against ISIS fighters last week.

Iranian media published pictures from Albu Kamal in eastern Syria, a town said to be the last territory retaken from Islamic State control in the region.

The Revolutionary Guards have been fighting in support of Syrian president Bashar al-Assad for several years. At least 1,000 Iranian troops are thought to have died in the fighting.

The presidents of Russia, Turkey and Iran will meet on Wednesday for the first in a series of summits aimed at re-booting the peace process in Syria.

He said: “(The summit will) Relaunch direct negotiations between the Syrian government and the range of the opposition.

“As a victory over Islamic State in Syria…grows closer, there are conditions for the relaunch of political negotiations.

Earlier this month, devastating pictures showed the scale of destruction in Mosul, Iraq, following its liberation from ISIS control in July.

The fall of Mosul was a huge blow to Iraq’s political stability and a propaganda coup for the terror group as it emerged from relative obscurity into a global threat.

Since then Isis has been hit hard by counter attacks and has lost several key cities including Fallujah and Ramadi.

The offensive on Mosul forced Isis out of its last strategic stronghold in the region it has dominated for over three years.

The terror group unexpectedly seized control of a number of territories in 2014 and ordered people to convert or leave their homes.

Hundreds of thousands fled to refugee camps in one of the worst displacement crises the world has seen.

Source: ISIS is ‘finished’ after being obliterated in Syria and Iraq, Iranian president announces on live TV