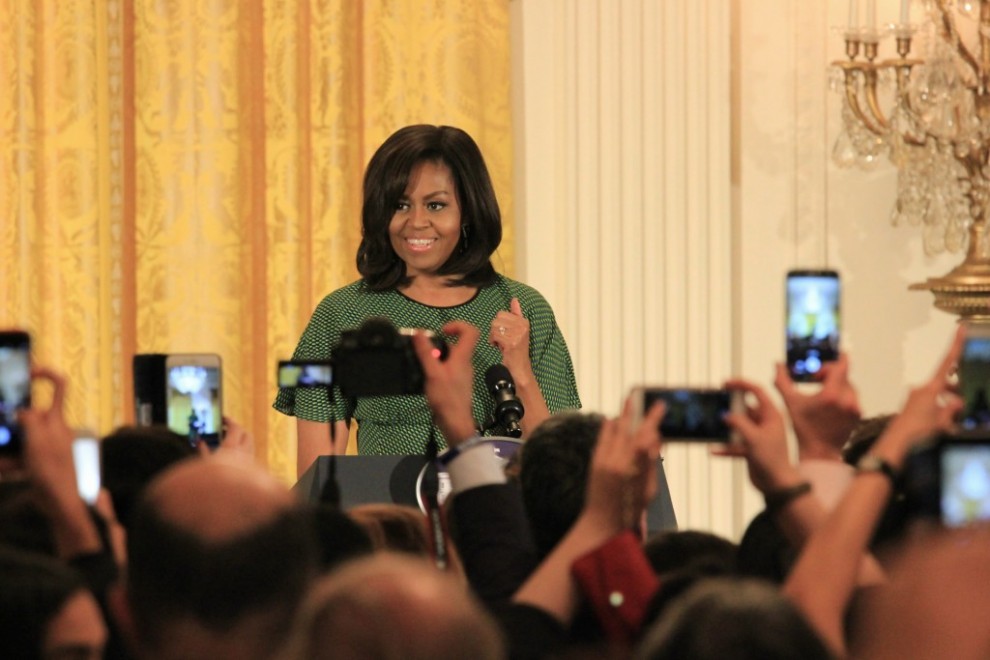 “Right now when we are hearing such disturbing and hateful rhetoric, it is so important to remember that our diversity has been and will always be our greatest source of strength and pride here in the United States,” said Obama. “We think America is strongest when we recognize our many traditions, when we celebrate our diversity and when we lift each other up.”

Nowruz, a secular holiday widely celebrated in Iran, is also observed by Persian communities scattered around the Middle East and Asia. The Obamas first hosted Nowruz last year during negotiations over the Iran nuclear deal, in which the Tehran government agreed to halt efforts to build nuclear weapons in exchange for the dropping of economically crippling sanctions.

“We have a lot to reflect upon since last year’s Nowruz,” said the first lady. “The dreams and aspiration we all share as Americans and as human beings, I think we can have even higher hopes for peace and prosperity in the years to come.”

Iranian-American comedian Maz Jobrani introduced Obama and called it the “highlight of a lifetime.”

“Some of you might be asking what’s an Iranian-American comedian doing performing at the White House?” Jobrani quipped. “Let’s just say it was part of the nuclear deal.”

Later, outside the White House, Jobrani said, “I’ve been doing standup for 17 years, so I never get nervous, but I got nervous. I never get teary eyed, and I got a little teary-eyed.”

Jobrani said the Iranian community is accustomed to negative press but that the first lady hosting influential members of the Iranian and Persian communities is a welcome gesture of diplomacy.

“I’ve never seen so many Iranians of different backgrounds,” Jobrani said. “There are actors to filmmakers to tech people to academics all together for one event.”

“The energy in this room is once in a lifetime,” Jobrani said.