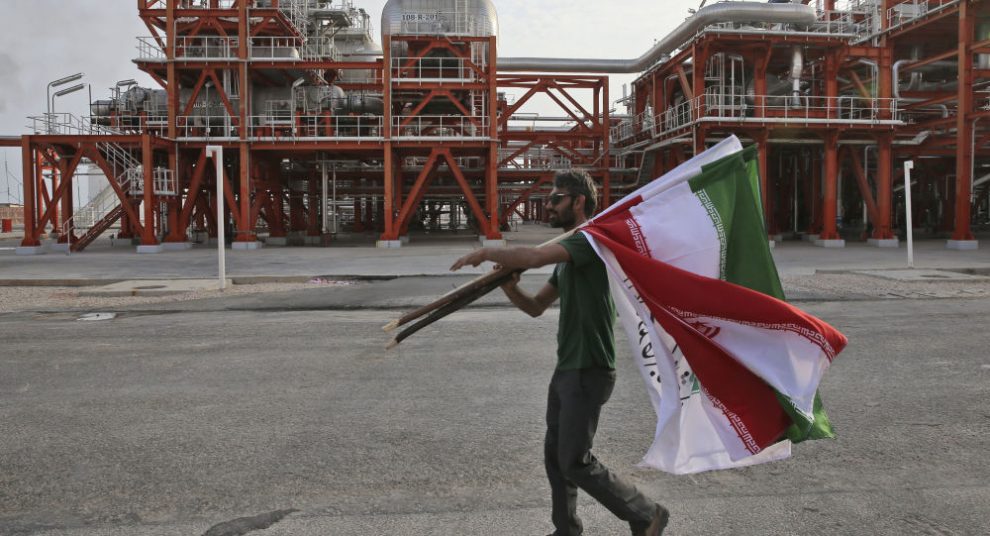 The Iranian leader made the remarks at the 18th Summit of the heads of state and governments of the Non-Alignment Movement, taking place in Baku, Azerbaijan on Friday and Saturday.

The Non-Aligned Movement (NAM) community of nations has the power to counter and defeat illegitimate US economic and sanctions pressure, Iranian President Hassan Rouhani has said.

“America’s domination over the international monetary system has encouraged the United States in the past several decades and particularly in recent years to misuse the dollar regularly to put political pressure on independent states, most of which [are] NAM members, enforce various sanctions and limit access to the international monetary system,” Rouhani said, speaking in Baku on Friday, his remarks cited by PressTV.

In light of US actions which he said included the violation of the “legitimate freedom and rights of independent nations,” the Iranian president suggested that NAM members could “take important steps to neutralize the impact of such tools.”

Specifically, he suggested that the expansion of state-to-state trade agreements, trade in local currencies, and the use of independent and alternative banking services, as well as cryptocurrencies, could help nations in this regard.

“Of course, all of this should be accomplished in line with upholding international anti-money laundering and terrorism financing rules,” Rouhani added, saying that this particular issue is on the agenda of both Iran and many other NAM states.

According to the president, the US’s employment of “oppressive economic tools” and methods amounting to “economic terrorism” was actually a sign that the world was already “rapidly transiting to multilateralism.”

Ultimately, Rouhani argued that the NAM could serve as “the pioneer on behalf of its members and the human society in finding solutions for the current global problems and within the framework of law abiding, fulfilment of international commitments, moderation and prevention of violence and extremism.”

Iran has faced severe sanctions pressure from the United States on its energy and banking sectors since May 2018, when the Trump administration unilaterally withdrew from the 2015 Joint Comprehensive Plan of Action nuclear deal, which offered Tehran sanctions relief in exchange for a commitment not to pursue nuclear weapons. US restrictions, and threats of secondary sanctions, have led many developed nations, as well as developing countries such as India, to dramatically reduce or halt economic cooperation with Tehran. But Iran has remained defiant, saying it would not be “bullied” into submission, and has sought alternative forms of cooperation with its partners.

The Non-Aligned Movement was established in 1961, at the height of the Cold War between the Soviet Union and the United States as an alternative to the concept of a bipolar world order with two conflicting military blocs, with India, Egypt and Yugoslavia serving as its founding members. Today, the NAM has 120 nations, with most of Africa and the Middle East, as well as much of Latin America and Asia, and several post-Soviet republics as members, with China acting as an observer.

Along with President Rouhani, the leaders of Azerbaijan, Venezuela, Cuba, Turkmenistan, Bangladesh and other states were in attendance at the 18th NAM Summit, along with the foreign ministers and other senior representatives of other states.

Iran’s backlash over the United States after U.S refusal of visas to the delegation visiting World Bank in Washington
Establishment of a new mechanism for Humanitarian Aid To Iran