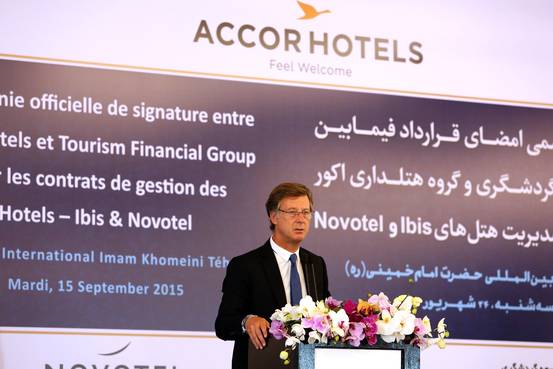 Global hotel companies are establishing new beachheads in Iran, betting that lifted sanctions against the Middle East nation will spark a jump in tourism and business travel after decades of economic isolation.

Spanish operator Melia Hotels International is planning to open a 319-room hotel next year on the Caspian Sea. French group Accor Hotels, which opened two hotels near the Tehran airport last autumn, is establishing a joint-stock company in Iran through which it will partner with local groups to manage hotels. Abu Dhabi-based Rotana Hotel Management Corp. PJSC has started developing properties in the country as well.

Iran has largely been cut off from global commerce since 1979, when a revolution sparked an exodus of Western firms, including hotel groups like Hyatt Hotels Corp. and Hilton Hotels & Resorts. The U.S., and later the United Nations, imposed rounds of punishing economic sanctions over Tehran’s nuclear program, making it difficult for foreign companies to do business there.

A deal struck in January between Iran and global governments cleared the path for cross-border commerce to restart. The parties have until June 30 to agree on details, but all U.N. Security Council resolutions against Iran would be lifted once Iran begins implementing limits to its nuclear program.

“This is essentially the start of a new era,” said Faisal Durrani, head of research at real-estate broker Cluttons LLP. “What you have is effectively the largest country in the Middle East open for business.”
Iran’s case in many ways looks like Cuba, where thawing relations with the U.S. have also sparked interest from Western hotel operators. Both Starwood Hotels and Resorts and Marriott are looking to take advantage of the growing commercial opportunities there.