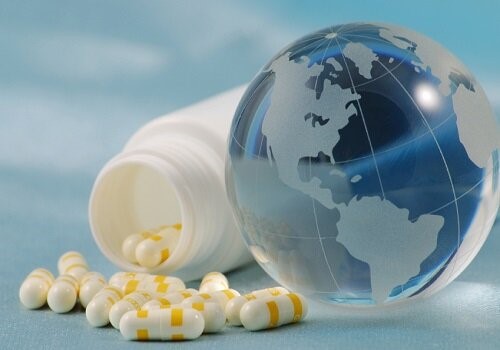 CinnaGen is an Iran based biotechnology company that was founded in 1994. As of 2016, it manufactured biosimilar drugs, laboratory diagnostic reagents for in vitro use, and recombinant proteins, and exported to other countries in the Middle East and to countries in the Commonwealth of Independent States.

Turkish Minister of Health Fahrettin Koca, Governor of Istanbul Province Vasip ?ahin, the top directors of CinnaGen Group and an official from Iran’s Science and Technology Vice-Presidency attended the opening ceremony. This new Iranian biopharmaceutical factory is located in an industrial zone in tekirdag.

The factory produces 22 types of medicine that are mostly used for treating chronic, life-threating diseases such as cancer, osteoporosis, multiple sclerosis (MS), as well as nervous system and blood diseases, announced Esmaeel Qaderifar who is the director of center for development of strategic technologies in Iran’s Science and Technology Vice-Presidency.

According to Qaderifar, it is among the largest biopharmaceutical manufacturers in Middle East and North Africa region (MENA).

“The factory is built on a 7,500-square-meter land,” said Qaderifar.

“The total investment for building this factory was $100 million. $30 million was spent for tools and the machinery and $70 million for transferring the technology of CinnaGen Group to Turkey,” he added.

“The factory’s products can both meet the needs of Turkey’s local market and can also get into international markets, especially the ones in Europe.”

Over the opening ceremony, Dr Ferhat Farsi, CEO and founding partner of CinnaGen ?laç said the factory is built in Turkey, in the gates of Europe, so that Iranian medicines can be exported to European countries as well.

According to Farsi, the technological base of the factory was established by eight Iranian experts and with the purpose of sharing technology with other countries.

“The products will not only meet the needs of Turkish markets but they can also be sent to 20 other countries all around the world,” he added.

According to the acting director of Food and Drug Administration, Iranian medicines are exported to 30 countries.

On Monday, Mohammadreza Shanesaz said that a special department for “national production” might be opened in Food and Drug Administration to further support the domestic production of medicines.

In February 2019, secretary of biotech development center (BioDC) at science and technology vice-presidency Mostafa Qanei said that there are 146 biopharmaceuticals in the global market, out of which, 22 items are available in Iran which are monoclonal antibodies and recombinant proteins.

He said that the domestically manufacturing of biotechnology products has so far saved one billion dollars for the country.

Previously in October 2018, the biotech development center (BioDC) announced that medicine is on top of the list of exports of biotechnology products in Iran.