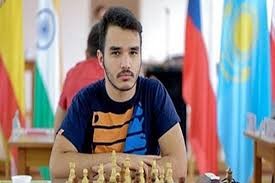 CHENNAI: Chess and politics have often gone hand in hand – the political subtext around American legend Bobby Fischer and Russian stalwart Boris Spassky’s 1972 World Championship clash in Reykjavík, Iceland on the backdrop of Cold War featuring on top of the list.

New Delhi, too, has suddenly become the hotbed of a similar political narrative with two Iranian chess players refusing to play their World junior championship matches against their Israeli opponents. Iran, an Islamic state, has refused to acknowledge the Jewish state Israel as a nation leading to long-standing political stand-off and it is understood that’s the reason behind the pull outs.

While International Master Aryan Gholami gave a walkover to his Israeli opponent Alexander Zlatin in round 4 on Thursday, the tournament’s top seed – Iran’s Amin Tabatabaei – failed to turn up for his sixth round clash on board 11 against Israel’s Or Bronstein on Saturday. The rules of the tournament clearly state that if a player fails to show up within 15 minutes from the start, then his opponent gets a full point.

It was learnt that Amin has submitted a medical certificate citing illness as an official reason for his absence. However, sources feel Amin’s reason to stay away was “political”. “It is not good for the sport at all. This is the second instance of an Iranian player refusing to feature in a clash against an Israeli in this tournament and we have had a word with the Iranian officials on this.

Sports must remain out of politics,” a member from the organizing committee told TOI.

The official added that Israeli player Bronstein was not a happy man at being awarded a point without having to play a game. “Bronstein is the third seed in this tournament and he was sad at what happened today. Bronstein revealed that such an incident was happening to him for the second time in 2019. At the Grenke Open in Germany in April, Bronstein received a walkover from Iran’s Alireza Firouzja. We made sure that Bronstein was kept in the right frame of mind as he has a few more rounds left to play in the tournament,” added the organizer.

At the Rilton Cup blitz tournament in Sweden earlier this year, when Aryan Gholami forfeited his seventh round clash against IM Ariel Erenberg of Israel — he was hailed as a hero in Iran. The youngster received a chance to meet Ayatollah Ali Khamenei, the country’s supreme leader.

Aryan in fact, has left the tournament after forfeiting Thursday’s match. “He didn’t give a specific reason for his early departure but left India in the early hours of Saturday,” said the organizer.