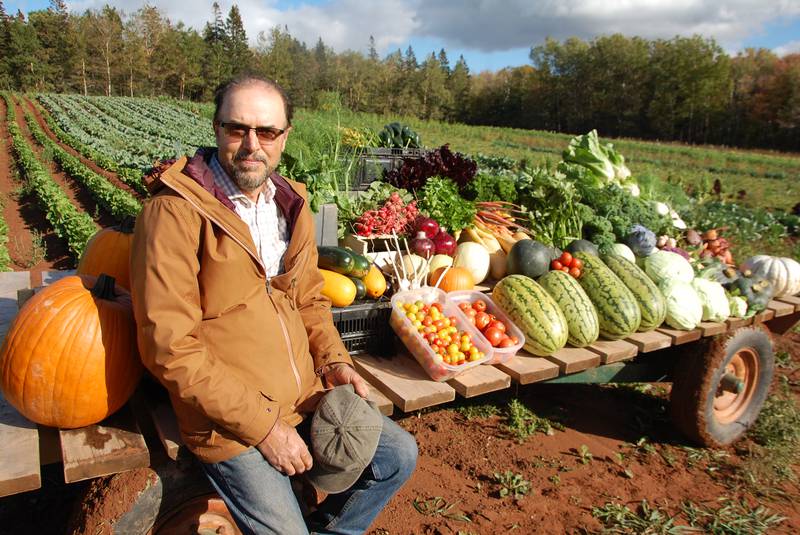 Many Islanders have been enjoying the fruits of Iranian native Aman Sedighi’s labour.

His vegetables and herbs are very well received, too.

The 61-year-old Stratford resident has turned his strong agricultural knowledge into a successful business.

Sedighi came to P.E.I. in late 2010 with his family through the Provincial Nominee Program, leaving behind a career as an agricultural researcher with the government of Iran and bringing his business of exporting pistachios to England to a halt.

He was determined to find work in his beloved field of agriculture in a country that would free his wife Azam and the couple’s daughter, Farnaz, from Iran’s severe restriction of women’s rights.

Sedighi beams at the good fortune of his 18-year-old daughter, who is in the nursing program at UPEI, and his son, Sina, 28, who is studying medicine at Dalhousie University.

He is quite pleased too with his own progress since setting foot on – and plowing into – red Island soil.

First, he worked 18 months on a dairy farm, with milking and feeding cows among other farm duties.

Along the way, Sedighi started growing vegetables on a small parcel of land. He took some of his herbs to Papa Joe’s restaurant in Charlottetown, where he says executive chef Irwin MacKinnon raved about the quality and freshness of his product.

Sedighi decided at that moment he wanted to grow fruits and vegetables for a living and a lifestyle.