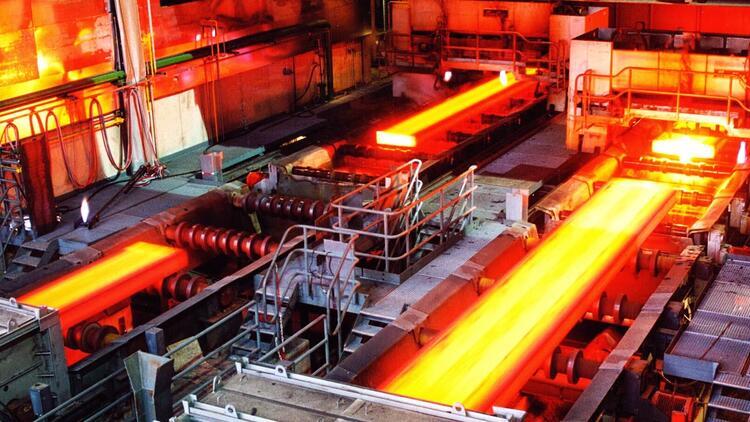 Annual production of crude steel in Iran is planned to rise three million tons to 28 million tons in the current Iranian calendar year (ends on March 19, 2020), the head of Iranian Mines and Mining Industries Development and Renovation Organization (IMIDRO) announced.

Khodadad Gharibpour made the announcement during a ceremony on unveiling the comprehensive system of indigenizing steel chain products at IMIDRO, IRNA reported.

“Today, we are witnessing a national will and determination for self-reliance and promotion of production and indigenizing should be in fact considered as a necessity in this regard”, the official stressed.

Production of crude steel in Iran during the first eight months of 2019 has risen six percent from that of the same period of time in 2018, World Steel Association (WSA) has announced in its latest report.

Iran’s production of crude steel is rising despite the U.S. sanctions.

In an attempt to [as the U.S. president Trump put it] “choke off the country’s largest non-petroleum related sources of export revenue”, Washington imposed new sanctions on Iran’s metals and minerals sectors in early May.

While at the first glance [considering Trump’s comments], this might seem to be a heavy hit to Iran’s economy in the near future but a close look into the country’s exports data could reveal Trump’s great miscalculations. In fact, this could even be considered a “blessing in disguise” for the country’s minerals and metal industry.

During a meeting with the members of Iran Steel Association in late July, Iranian Industry, Mining and Trade Minister Reza Rahmani said the country has achieved a proper self-reliance in steel industry.

Steel industry is one of the industries in which some good investment has been made and today it has become a production advantage, the minister further underscored.

Jafar Sarqini had also announced that Iran will inaugurate steel projects with the capacity of at least 10 million tons during the current Iranian calendar year.

Iran which stood at the 13th place in 2017 could lag behind three major steel producers in the world, namely Italy, Taiwan, and Ukraine to stand at the 10th place in 2018, despite the re-imposition of sanctions by the U.S.

Enhancement of strategic correlations between Iran, Azerbaijan
Announcing the willingness of 17 Countries to participate in Chabahar port Development