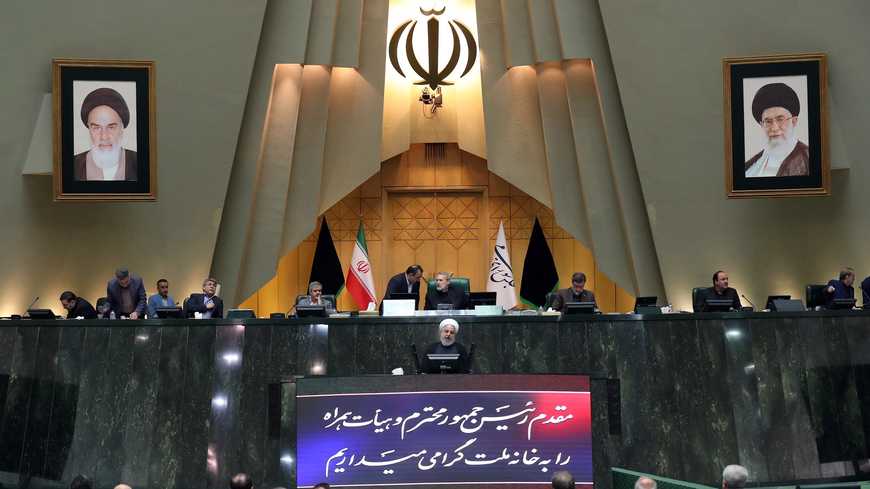 Iranian President Hassan Rouhani ensured Iran’s lawmakers that bilateral talks with the US government are “not an option in principle,” and that Iran’s answer to offers by mediators for such negotiations “has always been and will continue to be negative.”

During his address to the Iranian parliament Sept. 3, Rouhani moved to clarify his earlier comments that he believed had been “misinterpreted” as willing to have a dialogue with his US counterpart, Donald Trump.

Rouhani did not, however, shut all the doors for diplomacy, noting that if the Americans lifted all sanctions, they could rejoin meetings involving Iran and the other remaining signatories to the nuclear deal, namely the UK, France, Germany, China and Russia.

Talks between negotiators from those nations as well as the United States culminated in the Joint Comprehensive Plan of Action (JCPOA) in 2015, which was scrapped by the Trump administration in May 2018.

“Whether or not the Americans return to the nuclear deal does not matter much to us,” Rouhani said, downplaying the impact of the United States’ “maximum pressure” campaign intended to drain Iran’s oil revenues.

“The US has come to the understanding that it cannot bring the Iranian nation to its knees through pressure,” he added.

Rouhani praised his country’s 16-month resistance that has worked to “isolate the United States globally” and claimed that such sectors as the forex market have witnessed significant recovery over the past two months.

The JCPOA’s European signatories were not spared in the Iranian president’s bellicose speech. Rouhani once more hit out at them for failing to make good on their obligations to bring Iran the expected economic relief guaranteed by the accord.

“If they do nothing important, we will definitely take the third step,” he warned, referring to a Sept. 6 deadline after which Iran is to further scale back its nuclear deal commitments.

Starting in May, the phased process has already seen two steps in which Iran broke the cap on its uranium stockpile and pushed the enrichment level beyond the 3.67% limit after deadlines to the European sides expired without any breakthrough.

According to Sayyed Abbas Mousavi — spokesman for Iran’s Foreign Ministry — for a balance between Iran’s rights as promised by the deal and the commitments it has undertaken, the “third step” has been devised to come with “greater firmness” than the first and second ones. Meanwhile, government spokesman Ali Rabiei was more than explicit, saying the fresh measures will be “harsh.”

Nevertheless, those statements have yet to appease Iran’s hard-liners, who accuse the government of “inaction.” In its Sept. 3 editorial, the ultraconservative daily Kayhan argued that Tehran should proceed with the new breaches regardless of whether or not the Europeans do anything to salvage the deal.

“Start haggling with the Europeans after you have already taken the third step,” the paper advised the Rouhani government, suggesting that more breaches will give Iran the upper hand.

“The government should alter the piecemeal trend of the JCPOA commitment suspensions. It needs to strengthen and accelerate the process, [because] force is the only language that the bullying countries of the West can understand.”

ISIS is ‘finished’ after being obliterated in Syria and Iraq, Iranian president announces on live TV
Iran and France have moved closer in their views on the future of Tehran’s nuclear deal with the west