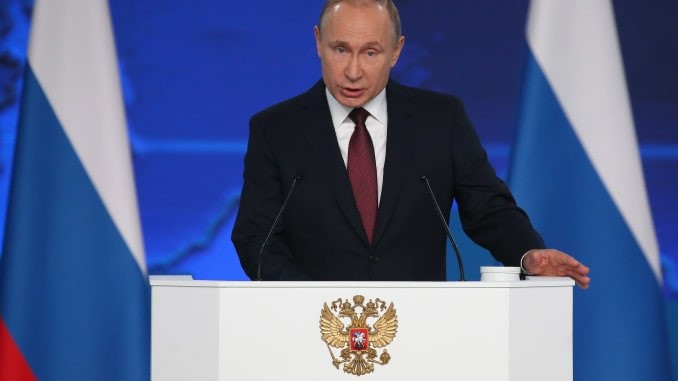 Russian President Vladimir Putin condemned the attacks on Saudi Arabian oil infrastructure last month but defended Iran, saying there is no proof the country had a role in, or was responsible for, the strikes.

“We condemn such acts no matter who is behind (them). It is a destructive event that had a toll on the whole global energy market,” Putin told an audience at a NBC-moderated panel, according to a translation.

“But we’re against shirking the blame upon Iran, because there is no real proof behind that and yesterday we spoke about that with President (Hassan) Rouhani. His position is that Iran would not assume any responsibility and is in no way related to that act,” he added.

Yemen’s Houthi rebels claimed responsibility for the attacks that initially halved the Saudi kingdom’s oil production. But Saudi Arabia and the U.S. suggested that Houthi-allied Iran had a role in, or was responsible for, the attacks on Saudi Aramco’s Abqaiq and Khurais oil facilities. Iran has denied the accusations it was involved, calling them “meaningless” and “pointless.”

“Let’s not be guided by emotions but by facts,” he added.

Twenty-five drones and missiles were used in the strikes on September 14 and extensive repair work is underway at the two damaged oil facilities.

Asked about a possible meeting between Presidents Donald Trump and Rouhani, Putin said Russia’s stance is that “dialog is always better than confrontation.” “The Russian Federation has been supportive of Iran, wholeheartedly, trying to minimize the negative impacts and risks that are confronting the global energy market,” he added.