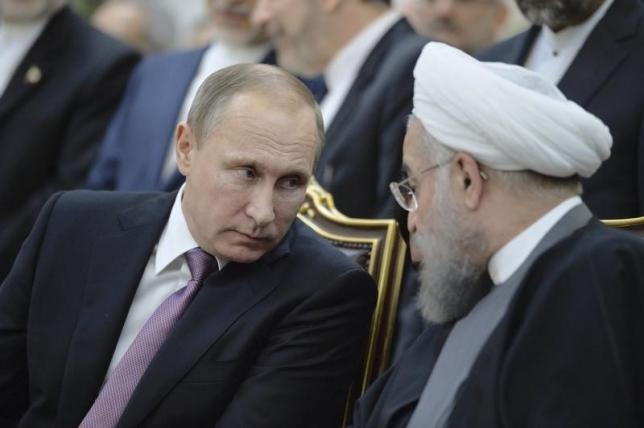 The presidents of Russia and Iran agreed on Monday to step up bilateral contacts, including over the Syrian conflict, in which both countries are allies of President Bashar al-Assad.

The Syrian government and Western-backed opposition are currently holding U.N.-mediated peace talks as part of a diplomatic push launched with U.S.-Russian support to end the five-year conflict in which more than a quarter of a million people have been killed.

The Kremlin said President Vladimir Putin and Iran’s Hassan Rouhani had exchanged views on the conflict and a range of other topical issues during a telephone call. It gave no further details.

Rouhani was quoted as saying cooperation and coordination between Tehran and Moscow were essential for peace in Syria.

“During the ceasefire, the political talks (among Syrian groups) should be accelerated but this should not halt the fighting against terrorists in Syria,” Iran’s state news agency IRNA quoted the president as saying.

Both the Kremlin and the secretary of the Iranian National Security Council (NSC) have congratulated Assad on the success of his forces in recapturing the desert city of Palmyra from Islamic State militants.

“The Iranian government and armed forces will continue their full support of Syria and the Axis of Resistance,” NSC Secretary Ali Shamkhani was quoted as saying.

Iran refers to the regional anti-Israel alliance as the ‘axis of resistance’.

Syrian government forces backed by heavy Russian air support drove Islamic State out of Palmyra on Sunday, inflicting what the army called a “mortal blow” to militants who seized the city last year and dynamited its ancient temples.