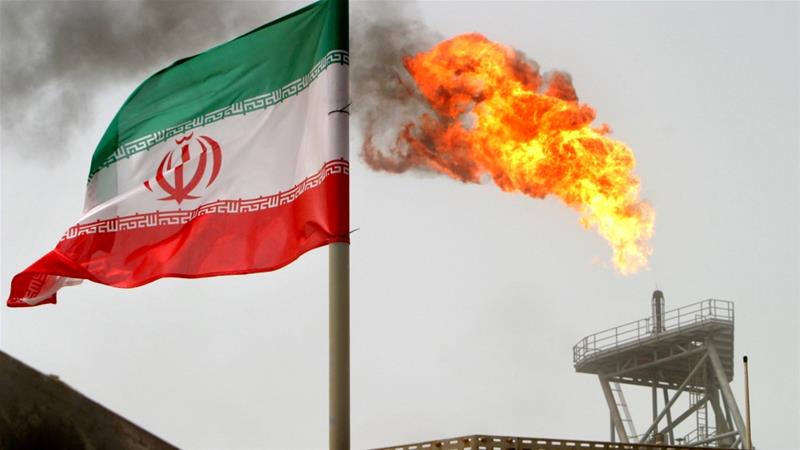 While US sanctions on Iran’s oil industry have slashed the OPEC member’s crude exports by more than 80 percent, oil product sales from the Islamic republic remain strong at nearly $500m a month, shipping data and calculations by Reuters news agency show.

Iran’s product exports reached their highest level in August, oil minister Bijan Zanganeh was quoted as saying by a politician after a parliamentary meeting on August 27. “In exports of products we have no problem,” Zanganeh was cited as saying.

Refinitiv Eikon data shows Iran exported more than 230,000 barrels a day of fuel oil in August, all to the United Arab Emirates, slightly above July’s figure of 220,000 barrels.

At current prices, and assuming Iran is not selling at a discount, such sales generate more than $300m a month.

This compares with 579,000 tonnes in June. China accounted for more than 95 percent of Iranian LPG exports in June, according to Kpler.

Samantha Hartke, head of natural gas liquids and LPG at consultancy Energy Aspects, said her firm did not expect Chinese imports of Iranian LPG to abate given China’s new petrochemical capacity is creating significant demands for the feedstock.

“The irony is, if not for the US-China trade war, the US would have greatly benefited from this uptick in Chinese demand as a means of mopping up its overabundance of LPG supplies, thanks to shale,” she told Reuters.

Unlike crude oil, where the ultimate buyer is a refinery, fuel oil and LPG can find their way to potentially thousands of small-scale industrial or residential buyers, Iman Nasseri, managing director for the Middle East with FGE told Reuters.

“The market for these two products is so vast that finding and targeting those individuals is not easy,” he said.

In July, Grace 1, a jumbo tanker laden with Iranian crude, became the most-watched ship in the world after the British navy seized it off the cost of Gibraltar on suspicion of carrying oil to Syria.

The tanker has changed its name to the Adrian Darya since being released by Gibraltar and is in the eastern Mediterranean.

“Non-US persons engaged in this sanctionable conduct could be sanctioned themselves and be subject to blocking by the US,” Erich Ferrari, a Washington-based lawyer who specialises in sanctions law, told Reuters.

Iran’s oil ministry did not immediately respond to a Reuters request for comment.

Iran has a refining capacity of about 2.23m barrels a day, putting it behind regional leader Saudi Arabia. But years of sanctions and underinvestment mean the country’s refining sector lags behind its Gulf neighbours, who have invested billions of dollars to create some of the world’s most complex refineries.

Despite the challenges, Iran declared self-sufficiency in gasoline after the inauguration of the third phase of its 350,000-barrels a day Persian Gulf Star refinery in February.

Its gasoline production stands at about 720,000 barrels a day.