Home » Saudi Arabia’s MBS: Global economy will be destroyed In case of war with Iran 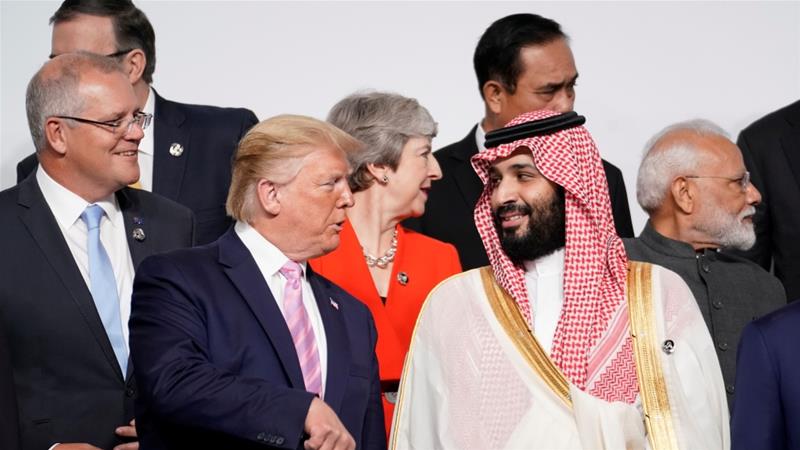 Saudi Arabia‘s crown prince warned in an interview aired on Sunday that a military confrontation with Iran would collapse the global economy, adding that he would prefer a political and peaceful solution to a military one.

“Imagine all of these three things stop. This means a total collapse of the global economy, and not just Saudi Arabia or the Middle East countries.”

He urged the world to take “strong and firm action to deter Iran” and prevent the situation from escalating further.

MBS also said that he agreed with US Secretary of State Mike Pompeo’s conclusion that the September 14 attacks on the kingdom’s oil facilities were an act of war by Iran.

The United States, European powers and Saudi Arabia have also blamed the attacks on Iran.

In the same interview, MBS, however, said that he preferred a peaceful resolution because it “is much better than the military one.”

He said that US President Donald Trump should meet with Iranian President Hassan Rouhani to craft a new deal on Tehran’s nuclear programme and influence across the Middle East.

In a possible sign of diplomacy, Iraqi Prime Minister Adel Abdul Mahdi announced that he would visit Tehran soon, in an effort to reduce tension in the region, according to Iraqi media.

“Abdul Mahdi, who has arrived from Saudi Arabia wants to invite Saudi Crown Prince bin Salman and the Iranian President Hassan Rouhani to Baghdad for a meeting,” he was quoted as saying.

Earlier, Pakistani Prime Minister Imran Khan said that he was an effort to mediate between Tehran and Riyadh. He held Saudi Arabia’s leaders in Riyadh, as well as with Rouhani at the United Nations.

How Iran and the U.S. can reduce Mideast tensions despite conflicts between them
Pakistan Prime Minister Khan to visit Iran soon for mediating peace in the Persian Gulf