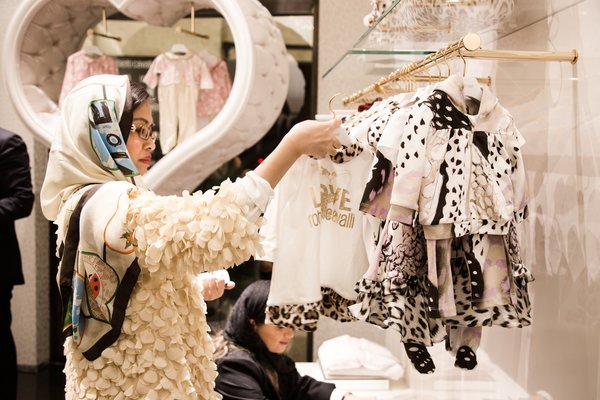 Now that sanctions have been lifted, brands are getting ready for new opportunities in Iran.

Bypassed for decades by the luxury industry, Iran and its explosive market growth potential have recaptured the attention of global luxury heavyweights in the last 12 months.

After more than 30 years of isolation and austerity, the country re-entered the global economy when economic sanctions were lifted in January, something Morgan Stanley described as the biggest thing for the global economy since the fall of the Berlin Wall.

Now, with an educated, surging middle-income population of almost 80 million — many of whom possess a budding appetite for high-end consumer goods and mobile phones — Western brands are sizing up the opportunities, and risks, of setting up shop in Iran.

“Iran as a prospect had interested us for some time, but once the sanctions went, we accelerated the process of setting up our boutique inside its borders,” said Renato Semerari, chief executive of Roberto Cavalli, the first sizable luxury brand to enter the market with the opening in February of its two-story boutique in Tehran’s upmarket neighborhood of Zafaraniye.

The popularity of the label’s glitzy, colorful aesthetic in the Middle East, he added, especially with wealthy Iranians already shopping regularly in nearby Istanbul and Dubai, underscored the importance of capitalizing promptly on demand. A 90 percent stake in Roberto Cavalli was bought last April by the Italian private equity outfit Clessidra for an estimated $430 million, giving the brand a considerable injection of capital. “We knew we had to move fast to grab a leadership position in the minds of fledgling Iranian luxury consumers,” Mr. Semerari said, “not just because it is the second richest country in the region after Saudi Arabia, but also because there are so many rivals coming in fast behind us.”