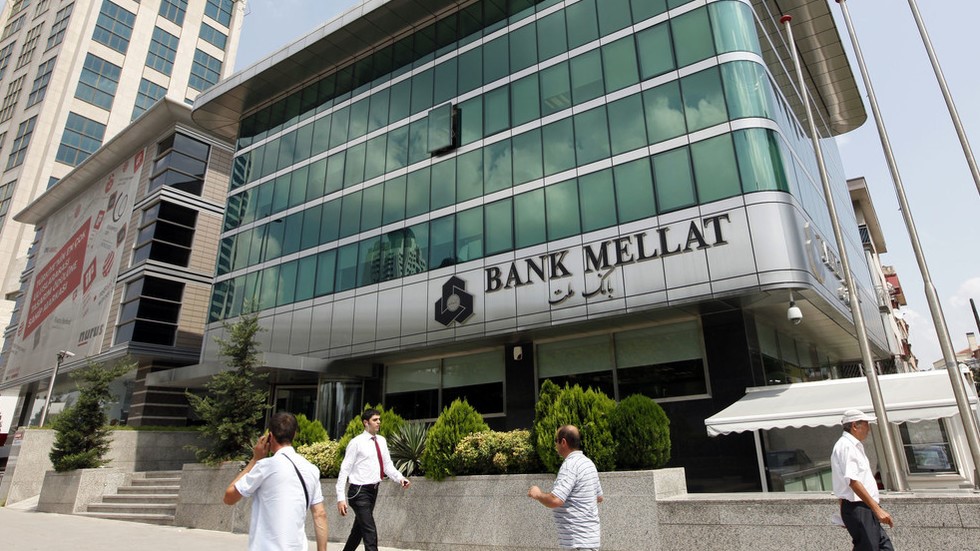 The United Kingdom has reportedly used a third country to bypass US sanctions in settling a $1.6-billion damages claim with Iran’s Bank Mellat.

Iran’s largest private bank, in which the Iranian government owns a 20 percent stake, sued the UK government over sanctions it imposed back in 2009. The bank had originally sought $3.9 billion in damages, but the sum was reportedly later decreased to $1.6 billion with interest. Media reports state that the payment was conducted late this week using a third country, as the parties wanted to avoid US sanctions. The third country in question was not specified.

Iran’s Ambassador to London Hamid Baeidinejad confirmed that the UK government made the long-awaited payment to Tehran, but did not specify how the procedure was carried out. He also described the settlement as an important legal success for his country.

“The British government’s compensation has been paid to the Bank of Mellat. [This] is a major legal success for Iran,” Baeidinejad tweeted.

The UK sanctions from 2009 were part of a series of measures taken by Western nations against Iran after Tehran was accused of having plans to build an atomic weapon. However, the Islamic Republic insisted that it was pursuing only a civil nuclear program.

These sanctions largely prevented Bank Mellat from doing business with the UK financial sector, and “substantially damaged the bank’s reputation,” as well as leading to the loss of profits and customers. In 2013, the UK Supreme Court ruled that sanctions imposed on the bank were unlawful, and that the government’s move had been “irrational” and “disproportionate.”

The sanctions were then fully lifted in 2015 when a landmark international nuclear deal with Iran came into effect. However, the final settlement on the dispute was reached by the sides only 10 years later, in June 2019. Upon settlement, the UK government’s Treasury Department issued a statement saying that “Bank Mellat’s claims have been concluded on terms confidential to the parties.”

Now, the bank is one of a long list of Iranian financial entities that have faced renewed sanctions after the US unilaterally pulled out of the 2015 nuclear deal with Tehran. These sanctions have effectively cut the nation off from the global financial system.