Home » Signature of Tech Agreement between Venezuela and Iran 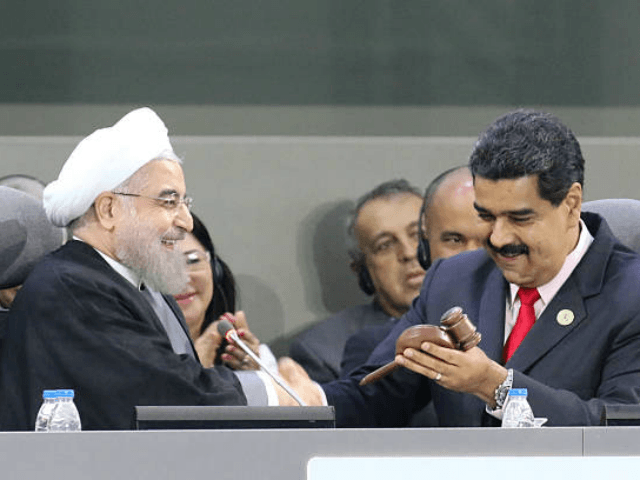 Venezuela and Iran signed various “scientific and technological” agreements on Tuesday, days after the latter marked the 40th anniversary of the Iran hostage crisis with fresh violations of the Comprehensive Joint Plan of Action, otherwise known as the Iran nuclear deal.

Sattari also declared that Iran “ranks first at the regional level in scientific fields for its advances in nanotechnology, aerospace technology or biotechnology,” adding that there are “around 5,000 science-based companies that work to promote the economy.”

Jiménez said that “despite the sanctions and pressures, Iran has made great progress and numerous successes, including medical production.”

“Cooperation in various areas, such as education in nanotechnology, biotechnology and engineering, design, technology transfer, and other shared services could be a good incentive for both countries,” she said.

The announcement came just a day after Iran held an event commemorating the 40th anniversary of the 1979 hostage crisis at the U.S. Embassy following the country’s Islamic Revolution.

At the event, the head of the Iranian Atomic Energy Organization, Ali Akbar Salehi, revealed fresh violations of the 2015 nuclear deal negotiated under former President Barack Obama. The announcement included plans to construct a new uranium centrifuge that would operate 50 times faster than the technology it was legally permitted to use under the deal, which has been axed by President Donald Trump amid rising tensions with Tehran.

Iran and Venezuela have long shared warm diplomatic relations, with both regimes sharing a mutual disdain for the United States, which has imposed various sanctions on their respective economies. This year, Iran’s second-largest airline Mahan Air began offering direct flights to Venezuela to mark the strengthening of ties between the two countries.

Their relationship presents a significant threat to U.S. national security, with the Maduro regime allowing Iran’s terror proxy Hezbollah to use Venezuelan territory as their operating base in order to expand across Latin America.