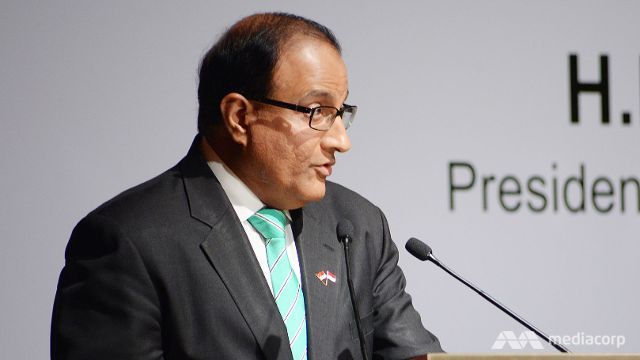 SINGAPORE: Just six weeks after international sanctions on Iran were lifted, a 57-strong business delegation, accompanied by Minister for Trade and Industry (Industry) Mr S Iswaran, will head to Tehran on Friday (Feb 26) to explore new opportunities as the country reintegrates into the global economy.Touted as Singapore’s largest business delegation to the Middle East, the five-day trade mission— led by the Singapore Business Federation (SBF) and jointly organised by International Enterprise (IE) Singapore — will see representatives from 48 companies visit Tehran and the major shipping and regional transshipment hub of Bandar Abbas.

These companies are from the oil and gas (offshore), petrochemicals, maritime, ports and logistics, real estate, infrastructure and tourism, info-communications technology, professional services and general trade sectors.“The reintegration of Iran into the world economy is a bright spark amidst the uncertain global outlook, especially during a period where some economies are experiencing drastic contractions,” said SBF chairman Teo Siong Seng. “In contrast, some of Iran’s key industries such as oil and gas, aerospace and maritime logistics, are expanding significantly as Iran increases its capital investments in oil, gas and petrochemicals, and expands its fleet of airplanes and vessels. Iran is also expected to make substantial investments to its existing infrastructure in anticipation of growth.

”According to the World Bank, Iran is the second-largest economy in the Middle East and North Africa region with an estimated gross domestic product (GDP) of US$406.3 billion (S$573 billion) in 2014.The lifting of the sanctions are most beneficial to Iran’s economy. Its per capita welfare is expected to rise by 3.7 per cent, mainly because of the lifting of the oil embargo imposed by the European Union and the liberalisation of cross-border trade in financial and transport services.